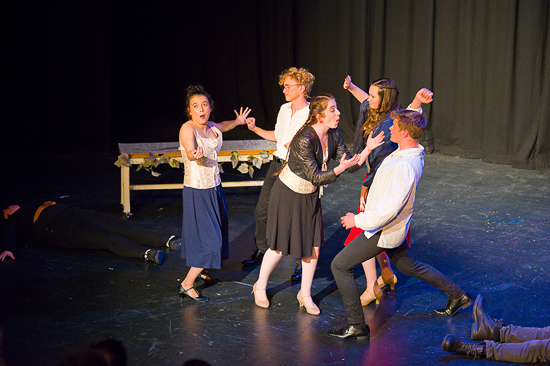 Evidently aimed at its creators’, cast’s, and crew’s age group, the production is testament to the commitment, creativity, and hard work that a small band of around 15 teenagers — some, such as their accomplished drummer, being as young as ten — have obviously put into its execution. Its aimless Romeo’s hip talk and its spoilt teen Juliet’s false pride exemplifying all of its younger characters’ limitations, it’s interesting in being a parody on teen self-centredness as much as a satire on Shakespeare’s classic love tragedy. 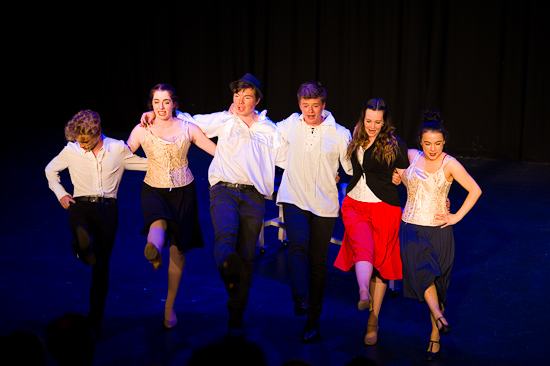 From the well-designed programme to the final words uttered on stage, Love’s Labour’s Lust held some amusing quirkiness and some genuinely funny lines as well as somewhat arch observations on self-centredness. Even the obligatory deaths (and some afterlife) held surprise humour. More impressively, the instrumental accompaniments by a four-piece band (conducted by Ella Ragless) were musically coherent and the singing, sometimes in harmony, was pretty well tuned.

Having clearly taken the production seriously enough to make it flow without a hitch, these committed young artists refreshingly don’t seem to take themselves too seriously: their focus was not at all on self-aggrandisement but wholly on the production’s quality in singing and dancing their way through a modern teen take on the age-old story of complicated love, unfortunate entanglement, and intractable conflict.