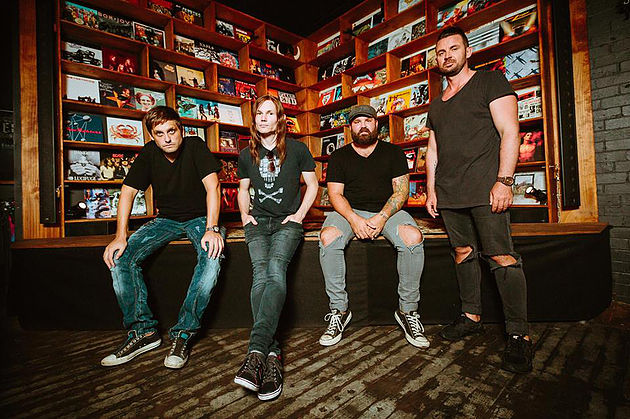 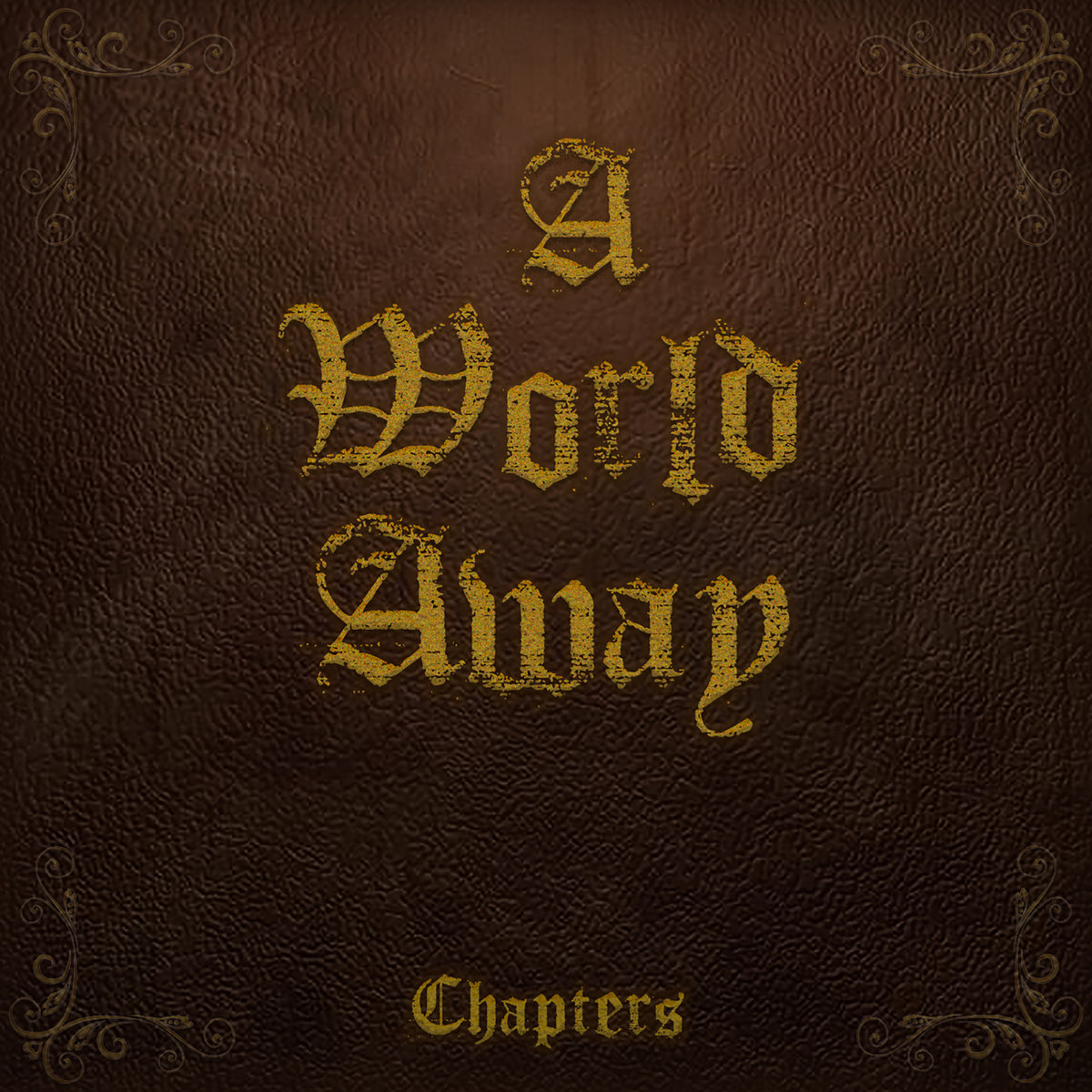 The word ‘supergroup’ is usually assigned to incredibly well-known musicians from huge bands that get together and make a different kind of magic. In this case, you may or may not heard of these guys, but they’re all certainly luminaries of the Aussie hard and progressive rock scenes.

A World Away is a Gold Coast-based group made up of some of Australia’s most prolific and horrendously underrated musicians who have played in some of the best bands of the last 20-odd years.

Lead guitar and backing vocals are taken care of by Corey De Luka (Versus Fate), lead vocals and guitar come from Paul Galagher (The Butterfly Effect, Mofoisdead), Rory Swane (Helm, Misdirection) provides the bass and Josh Larkin (In Ashes, Mourning Tide) completes the quartet on drums. There is a massive list of bands and musicians that each member has worked with and to mention them all would detract from the fact that this is about A World Away.

The band came to fruition through the relationship between De Luka and The Tea Party frontman Jeff Martin. De Luka was Martin’s guitar tech, amongst other things at the time, and the pair had essentially decided that De Luka would assemble a band of first-class musicians that Martin would produce an album for from his Riverhouse Studio.

Unfortunately for this band, telling their story means repeatedly bringing up a very devastating fact: towards the end of recording, guitarist Corey De Luka was diagnosed with cancer. He completed the recording in ill-health but the most amazing part is that on 15 April, 2017, De Luka pulled himself out of his hospital bed and went to perform at Corey’s Jam, a benefit gig for him including members of The Tea Party, The Superjesus and The Baby Animals. The bloody legend went in a wheelchair and smashed out all five songs perfectly. This was the one time A World Away got to perform as a quartet. Less than a week later, De Luka passed away.

Chapters was released on 21 April, 2019, which is the second anniversary of De Luka’s passing. It’s very touching to see the remaining members go ahead with this and give this brilliant album to the world.

Let’s all take 5, go grab a tissue, and come back and discuss this EP.

The order of songs on the EP is perfect. The record kicks off with The Struggle, and the opening riff is probably the most memorable of the whole album. The creamy vocals of Galagher are right at the front of the mix and he sets the tone for what’s to come early. His screams are pitch perfect, sounding like a fusion of Layne Stanley and Ozzy Osbourne. There is a beautiful fuzzy guitar solo from De Luka and the outro sounds like Jimi Hendrix and Rage Against The Machine jamming out in a garage.

There’s a shorter-than-usual pause between songs before Please Me hits the speakers hard with a punchy, low riff. This song is quite dynamic with chilled verses building into a swinging chorus with the earworm lyric that will stay with you til the next day. There is a headbanging, wah-filled bridge which slides into a smooth dreamy passage before Galagher screams an 11-second fry down the mic. Goose-bumpy stuff!

The centerpiece of the EP is As You Were which begins with an eerily entrancing guitar tone reminiscent of the opening/closing bit to The Butterfly Effect’s Begins Here. This track is certainly a lot more laidback than the previous two, but somehow commands a similar intensity. It’s relaxing, emotional, but still quite powerful. The guitar solo has a very strong Slash vibe going on, but more as a tribute than a copy. This song would be great to see live, not so much as a crowd-bouncer, but more as a great musical experience.

The penultimate slot is filled by Alight, a hard-rock love song of sorts. The very best part is the short and sweet bass solo from Swane in the middle. And that bass tone? That’s something special. This song is the EP’s dancefloor filler. It’s an uplifting song after the previous slower number and works perfectly in setting you up for the final song.

And didn’t they save the best for last! Breaking Me Down feels as though the Red Hot Chilli Peppers are sharing a room with Tom Morello and David Bowie. It’s a really great choice for the final track as it leaves you in a positive, motivated mood; the polar opposite of what the band and De Luka’s family have endured for the past two years. It’s a wonderful thing; to deliver something so great out of what is otherwise a tragic tale.

To the band’s collective credit, producer Martin gives this honest opinion: “The music that you are going to hear from this band is probably some of the best that I have ever been involved with.” And he’s right; it really is some fine musicianship.

We had a brief discussion with bassman Swane and he had a touching comment worth noting: “It’s so nice to hear that something we’ve had so close to our hearts for so long is being appreciated by people that don’t really know us but are loving the music. I just wish Corey was still here to see the way people are reacting to the EP.”

In this writer’s opinion, he most certainly is…

It’s not too early to start making calls on best release. After you give this one a spin or two, it’s sure to be at or near the top of your 2019 list.

At this point in time it’s unclear exactly what the future holds for this band, but they’re well worth keeping tabs on. You can find a short documentary on the making of the album. It’s also well worth checking out any of the bands these guys have been involved with; there’s some really world-class music to be found.

Support Jeremy Edwards on Patreon!
9% complete
When we reach $500 per month we will begin the official BMA Podcast. This will include interviews with some well-known musicians and artists, tips and tricks for publishing in print and online, as well as other discussion topics around Bands, Music and Arts in Canberra!