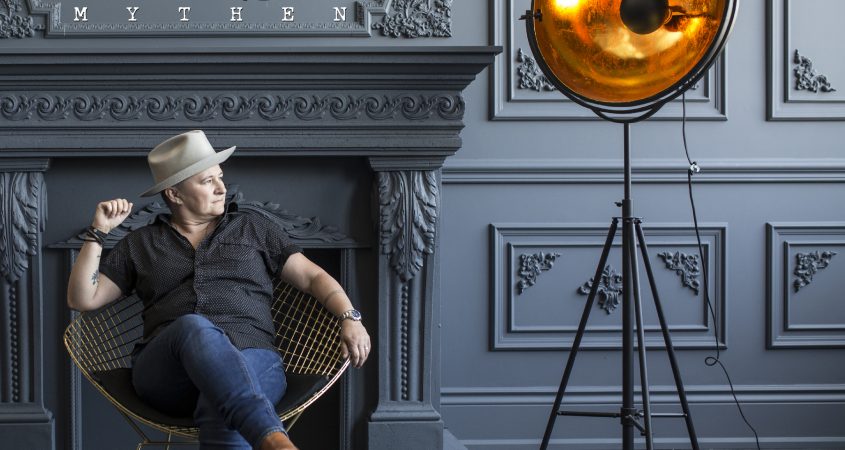 Irish-born, now Canadian resident, Irish Mythen is an award-winning folk powerhouse. After a couple of EP releases, Mythen launched her first LP Sweet Necessity in 2009, and Little Bones is her fourth album.

The record opens gently with Be Still Dance, a cruisey song of love and acceptance. However, the mood takes a sudden dark turn with the menacing tread of standout track Deep Dark Woods. The sense of mystery, embracing unrequited love, jealousy and murder is heightened by a wailing violin. Two enter the forest, but only one returns.

Mythen projects emotion so well, including in Did You Ever, in which the pain of a love that is not returned is captured in the anguished intensity of the singing. The song ends with a wistful sigh rather than a yell. Strings swell the sound in Painted, a track showcasing Mythen’s superb songwriting skills.

Most of the record focuses on the two sides of love, the beauty of receiving it and the agony of rejection. In mid record Mythen writes about broader issues too, raising consciousness on problems afflicting the globe. The most musically varied track Let Them In raises the plight of refugees and the need for wealthy nations to share their bounty with those less fortunate. The title track utters a cry of despair, over the loss of babies found in mass graves in Irish orphanages.

Mythen needs no musical accompaniment to display the qualities of her voice. The acapella in Raglan Road shines, with a tone that highlights her Irish roots.

In Little Bones, Mythen impresses with the passion and intensity of her singing, talents obvious to anyone lucky enough to catch her set at the 2019 National Folk Festival.