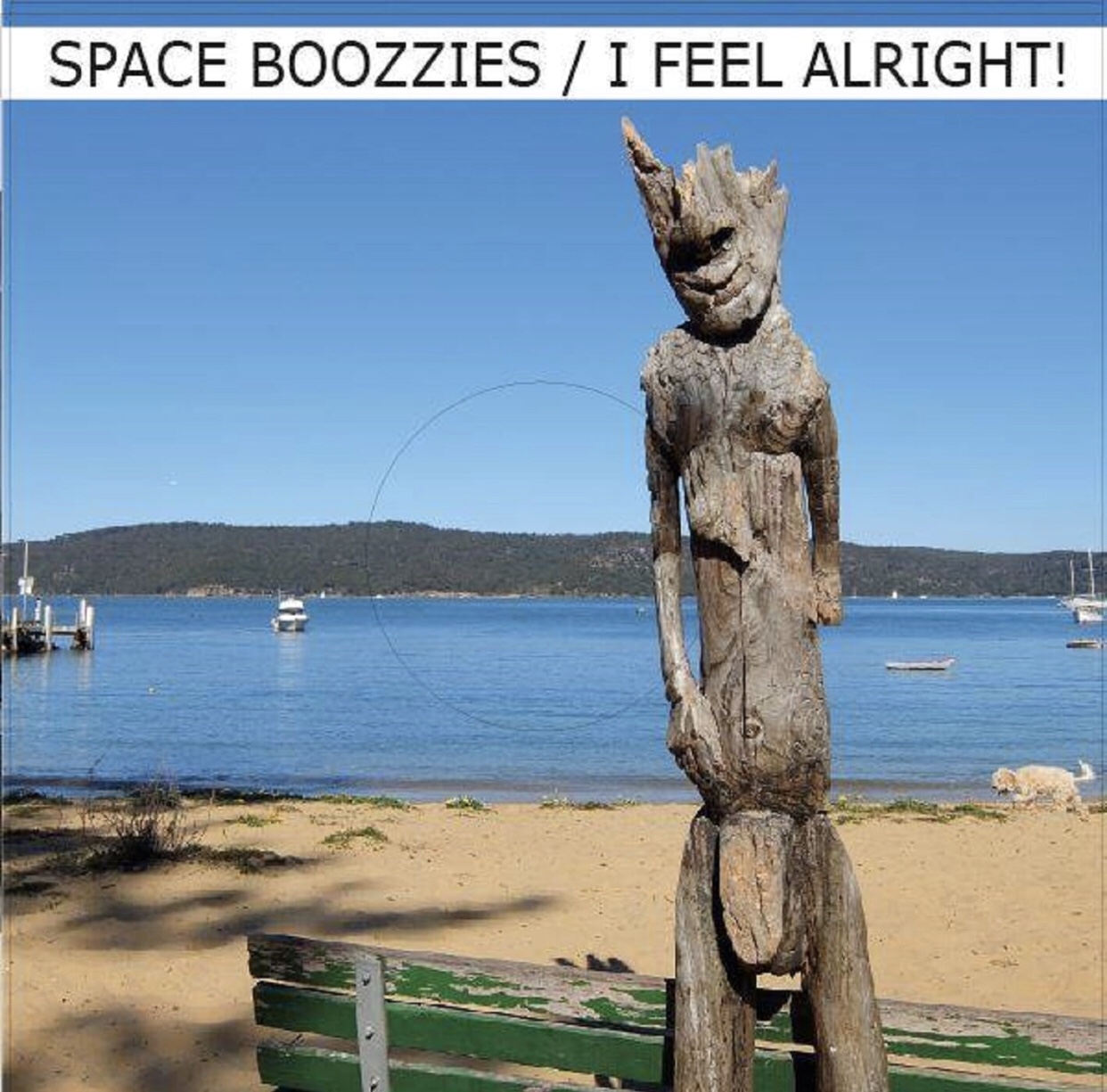 This Woy Woy 3 piece are made up of Leith on drums and vocals, Michael on guitar and vocals and Canberra ex-pat Adam “Spewface” Brzozowski on bass and vocals. Presented here are 10 songs of raucous garage punk that is produced clearly enough to hear all the rough edges and distil the energy of three guys having a lot of fun making music.

It is utterly suited to the occasion.

Songs over 3 minutes are rare, the lyrics at times border on the puerile, but I found the melodies and more memorable lines getting stuck in my head for days. The blend of crunchier tones and crispy clean guitar sounds really work well for the vibe of the record and give a cool sense of propulsion with Spewy’s driving bass lines.

Kicking off the album with the title track, the energy is there in spades. A short measured pace riff with a nice unison bend guitar hook bookends the Boozies documenting their feelings, which on the surface, appear to be alright and good, like you know they should. The Vomit song made me smile a lot. The countdown at the end up Man On The Moon is genius and the ode to voluptuous girlfriends in Big Bones is poetry.

Lyrically it’s a set of utterly unpretentious snapshots of the lives of the Boozies.

This is 80’s and 90’s influenced good times that capture a stack of the influences running the gamut of Australian pub rock and punk, including a cover of “Nips Are Getting Bigger”that for me felt a little bit out of place when you put it along side the rest of the album. Then again, after a few spins for the review and it began to blend in a little better, or maybe my nips were getting bigger to accommodate the album in full.

For an older crowd, they may experience the pleasant nostalgia that doesn’t stick to one flavour as to come off derivative or loose momentum.

If you’re around my age it might even trigger pleasant flashbacks to Rage on Friday and Saturday night growing up. I had flashbacks to Lime Spiders, Radio Birdman and The Hard-ons, I hear the Buzzcocks and other English punk-isms in places that just had me smiling more on each subsequent listen and eventually joining in as I got more familiar.

It’s like a soundtrack for a boozy drive to town on a Friday night with your mates and in a time where intellectualising life has become a competitive sport, it’s bloody refreshing.

Come play for us soon guys, it’s a blast into outter space and a good time for everyone that doesn’t need a glossy polish or heavy politics to have a great rockin time.