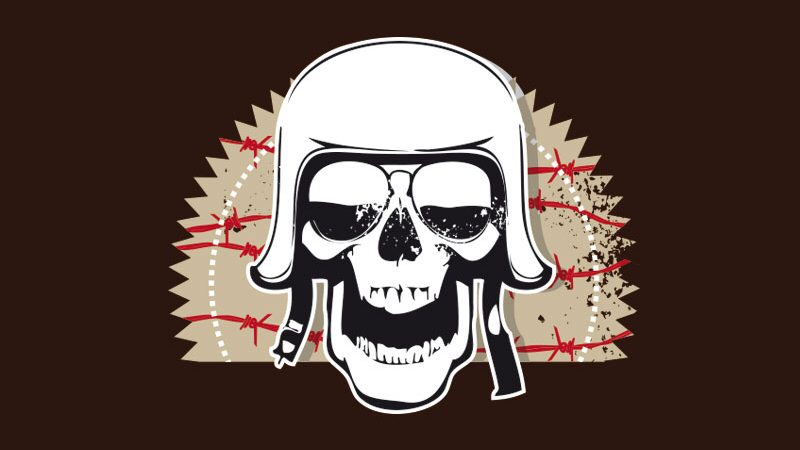 So the Basement with its ever expanding main room has had some great international structural integrity and capacity checks last month with Phil Anselmo & The Illegals, King Parrot, Palm, Potion, The Cavalera Brothers, 1000 Mods & Witchskull all playing there in a week of each other along with all that local goodness. It’s a testament to the team that the venue has grown steadily and now the shows are picking up off the back of it, Chompy’s can do a burger too.

If you haven’t been yet, and after the crow that went to the Thrash, Blast, Grind tour its hard to imagine that there was anyone in the ACT into metal not in the capacity crowd, there’s an every bit as compelling bunch of shows on the near horizon this month.

Finland 6 piece Omnium Gatherum join Melbourne’s Orpheus Omega on a national tour and joined by locals Immorium and Beast Impalor. The Fins bring material from their album of last August, The Burning Cold and audiences on this Aussie run will find the band in match form having just finished a run of shows in Japan. Catch the show April 10th at, where else, The Basement!

Of course the international shows come in 3’s and in this case, 3 of Sweden’s finest on the same bill. At The Gates, The Haunted and Witchery are joined by locals Unholy Vendetta. The storied career of all three bands should be well known to all of the regular readers of this column and the 22 albums between them have influenced a legion of bands over the last 20 years. The opportunity to catch them all on the same night is one not to miss out on and you can check it April 24th…at the Basement.

Japanese sludge band NoLA seemed to love the music of that part of the world so much that they named their band after it. They’re on tour for 6 Australian shows culminating in Blacken Open Air in Alice Springs. The first show in Australia is right here and features locals, I Exist, incredible Australian band Dispossessed and Life’s Ill rounding out the bill. You can check this one Friday April 26th.

The Blacken Open Air event this year is in a new venue east of Alice Springs at the Ross River Resort on the 4th – 6th of May and now that we’re back in print it will behoove you to visit YouTube to see the video on the venue and the lineup, both of which can be accessed on the black festival.com website. I’ve not made a trip out for this one yet, if not this year then next I reckon.

The other national festival I’m eagerly awaiting for the full program lineup to be announced is this years Dark Mofo in Tasmania which is due to be announced this Friday the 12th. The first announcement on the 7th was classic Mofo marketing drip feeding enough to further whet the appetite with the “Once upon a time” in gothic font and witch crawling through a wintery landscape. Gonna be tough to top last years, but I am sufficiently able to be wowed. If you’ve never been to Hobart before, then mofo is the time to do it.

One of the highlights of last years Mofo was Canada’s Blasphemy and they’re bringing back the brutal at the Factory Floor in Sydney June 14th. Don’t miss that one, they are absolutely stunning.

Clarity of Chaos are a relatively fresh crew of local thrashers. Having road tested new material they’re looking forward to releasing their debut on the 11th of May.

The Basement begins and ends this months column with welcome news that the Girlschool, Venom Inc and Raven package tour is now coming to Canberra as well on the 26th of June to give all NWOBHM fans something to look forward to this winter.