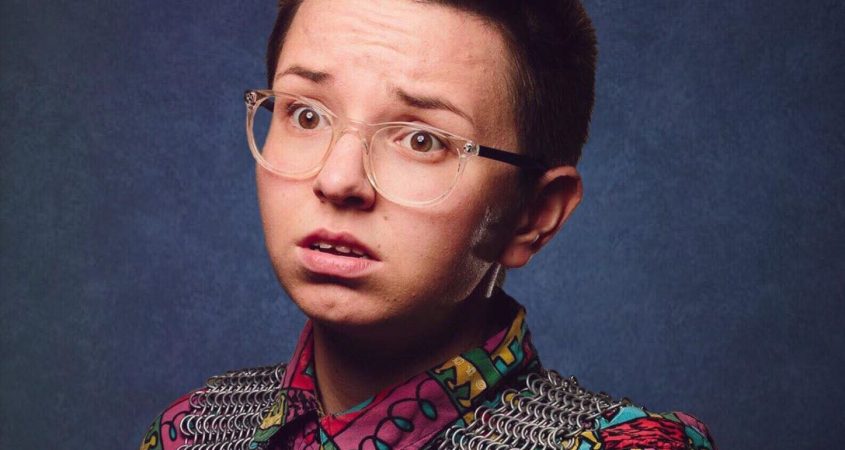 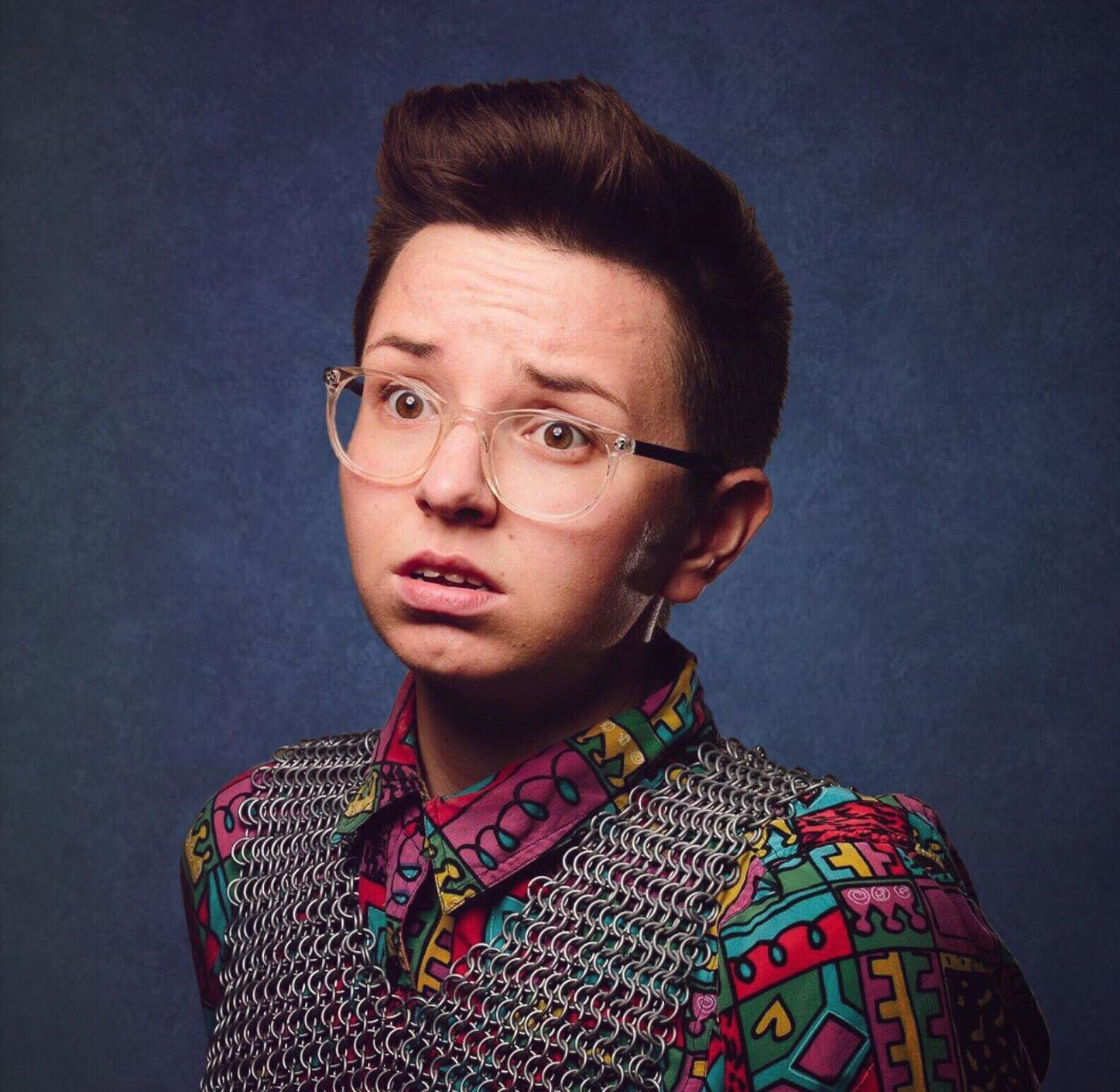 The lack of hugs in my childhood/My eternal love for performing. Growing up, I watched a lot of comedy shows (Good News Week/The Gala). I went to the Melbourne Comedy Festival in 2015 (I’d just finished school and the trip was a late “schoolies” because I’m really cool) and saw over 35 shows. After that I was hooked for life.

Imagine a dachshund that accidentally ate an entire packet of No-Doz. My comedy is high energy, whacky, observational, relatable, and incredibly confusing.

My style of comedy is super family friendly and so, so, so relatable. Oh my god. Baby Boomers LOVE ME. My style is as if Queer Eye had a love child with Peppa Pig. If you can find a home viewer who can’t relate to a 21-year-old queer Canberran with a sword collection, I’ll eat my katana.

I once did a gig in the middle of a Chinese restaurant for an IT company’s Christmas party. There were families there, trying to have dinner and there I was, trying to riff about honey prawns. Have you ever been heckled by sizzling beef? The poor waitstaff were just trying to hand out the banquet while I was just trying to follow my dreams. No good at all.

Also I once spilt an entire pint on Rove McManus.

Here’s a section where you can write anything you’d like (why wait for the right question when you can riff yourself!)

No one asks about this, but yes, I do have two partially webbed toes on my left foot. It doesn’t help me swim, but it does help me be unable to wear toe socks. Some of you Interviewers have never even looked at my Medical History and it really shows.

Comedians hate being asked “tell us a joke” when people find out they’re comedians [YES WE DO THANK YOU FOR PICKING UP ON THAT].

So… What’s one of your favourite jokes? (either of yours, or someone else)

One of my favourite jokes is from Mark Watson: “My dad said: ‘always leave them wanting more’. Ironically, that’s how he lost his job in disaster relief).”

Nobody exists on purpose, nobody does or doesn’t belong anywhere, everybody’s gonna die. Come watch my stand up show.

First of all, I love the term “lippy segment of the great unwashed” – that sums it up really well. They always think they’re helping. They rarely are.

The good thing is, the audience is immediately on your side when someone heckles you (USUALLY) so whatever you say back at them will generally land fairly well. So that can HELP. But it throws me off a bit, and I’ll always think of a better comeback, alone in bed at 4am after the gig.

Usually I’ll say, “What was that?” and they won’t repeat it, showing how spineless and slimy they are, which is embarrassing for them and good for me. Or I’ll just respond with “Hey Mum!” which is a bit dark but usually works. It rarely happens though. It’s like, as a kid I thought being trapped in quicksand was going to be more of a problem. But it’s not. Annoying when it is though.

When I start to do a risky jaywalk and everyone follows my lead. Then we all look at each other and giggle when we reach the other side, after a very close call with the 300 Bus. Nothing better than #community.

[The following question is lovingly borrowed from Richard Herring] If you had to be in the middle of a human centipede – if you had to – but you got to pick who would be in front and who would be behind, who would you pick for both?

I don’t care who they are, but the person in the front has to be constipated and the person in the back has to never ever talk to me or look at me ever again after it’s over. Ew, oh my god, why did I spend 15 minutes thinking about this?

Please come to my show at the Canberra Comedy Festival! [The Civic Pub, Thursday 21 March] It’s called Blade University (based very loosely on the ‘Study The Blade’ meme). Because if you don’t, I’ll have to dip into my superannuation to fund my life and my girlfriend is very worried about that.

On a lighter note, the show is the funniest thing I’ve ever written. I’ve worked very hard on it and am so excited to bring it into the world. I’ve been doing comedy for a while and this hour is a culmination of all my efforts thus far. I guarantee you’ll have never seen anything like this before. I took two martial arts classes in preparation.

The show is an hour full of dumb jokes and recorder solos that is secretly a beautiful coming of age story, three years in the making. My best jokes. My darkest secrets. My most regrettable eBay purchases. ALL IN ONE SHOW – come along!

You’ll learn a lot. Bring your mum! xoxoxo Also follow me online. Find me on Facebook- under my name and on insta/twitter – @maddyyweeks.