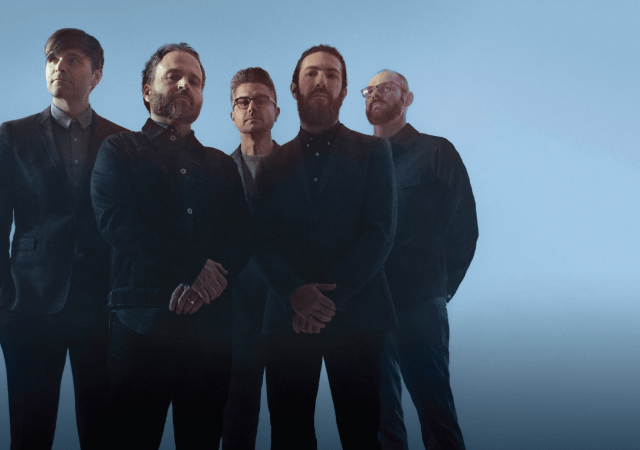 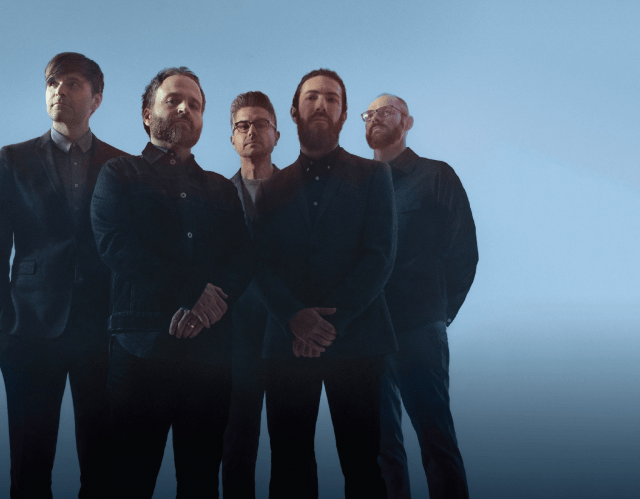 With over 20 successful years experience in the music industry, you could consider Ben Gibbard as an artist ready to sit back, impart wisdom, and progress to the stature of elder statesmen.

Yet, with question after question to the singer/guitarist/songwriter for Death Cab For Cutie I continually discovered a passionate, enthusiastic and grateful musician still in the prime of passion.

Hailing from the iconic grunge state of Washington, the group has enjoyed various successes since their incarnation in 1997 including several Grammy nominations, collaborations with artists such as The Foo Fighters, a seminal side project in The Postal Service, and many world tours.

On the back of their 2018 album Thank You For Today the group will once again grace our shores and, fortunate for us, our nation’s capital. Having visited many times before I was curious to know what Gibbard’s Australian highlights might be.

“Last tour we played the Opera House, which is such an iconic structure,” he says. “I’m sure for Australians it probably gets like ‘there’s more here than the Opera House.’ But it’s like Seattle and the Space Needle. It’s just an iconic and recognisable thing that my parents were really excited about.”

On top of this memorable experience, Gibbard has an affinity for our homeland, including Canberra.

“We were touring Australia before we went deep into Europe and other places. I have memories of flying all over the place, and I have a real fond relationship with Australia,” Gibbard tells. “The shows are always great. In Melbourne it feels like Seattle. Canberra has mountains, so I can run out from the city into nature. That feels good.”

Having past our introductory question I was keen to delve deeper into the experiences of his tenure as longtime successful artist, and attempt to garnish any musical wisdom.

“Thankfully people don’t come asking me for advice on the music industry that often, because the landscape has changed so dramatically from when we started so I don’t feel like I have any real insight into what sustains a career for an artist in 2019,” he states.

“When we were first starting we had about four or five years before anyone really knew who we were, and we’d put out three records by that point. So we were able to make our mistakes and learn how to tour and play shows.

“Now a song goes viral, people get excited about it and you start touring the world with an EP. Don’t get me wrong, I would have jumped at that chance when I was 21, but I don’t think we could have sustained what we were building then. [The old way] separates the wheat from the chaff and you come out fully formed. That’s certainly not the way things are now and obviously musicians are learning to adapt to that.”

In light of considering the changing musical landscape since DCFC’s late 90s origins, it’s interesting to reflect on the role that appearing on TV and film soundtracks circa 2003 played on their career.

Two singles, The Sound of Settling and Title and Registration, from their Transatlanticism album, appeared on the soundtracks of TV shows The O.C., Six Feet Under, CSI: Miami and Californication, as well as films Wedding Crashers, Easy A, and Mean Creek.

“We had nothing to do with that as far as choosing any of the material,” Gibbard reveals. “What’s interesting, though, was that in the States we were fairly established at that point when The O.C started using our music, but when we travelled around the world we realised that a lot of people heard our music for the first time via the show.

“Looking back I realise there was some angst about it because we’d been building a name for ourselves and there was this perception that the reason we were successful was only because The O.C played our music. But we’re sitting here in 2019 and it’s been off the air for almost 15 years. What was once an odd, frustrating thing for me has become a funny chapter in the band’s story.”

Another fact revealing the DCFC’s influence in the music industry is the various collaborations, side projects, and gleaned references. Gibbard appears on The Foo Fighters’ Sonic Highways album, is the subject of the Sun Kil Moon song Ben’s My Friend, and is one half of seminal electro duo The Postal Service.

Given these experiences, I was curious about how he considered his relationships with other artists over his career.

“Throughout the years I’ve enjoyed seeing how other people work and how other artists approach music. It’s beneficial because I can learn how other people make records or write songs that I can then use for my own work. When you collaborate with other people you are able to see what you do from another perspective and that’s beneficial to an artist that’s trying to grow and evolve.”

A personal highlight of Gibbard’s career has been his use of fame to support a variety of charities and causes. The group have donated DVD sales to animal rights group PETA, protested against the dominance of artists using autotune at the Grammy’s, and participated in the ‘30 days, 30 songs’ movement against Donald Trump, to name a few.

“I have no interest in entering into politics at all,” Gibbard assures. “I have a particular world view that, I wouldn’t say is right – which is self-righteous quite literally – but I think supports worthy causes. Not so much politicians, but organisations that I feel are promoting a world view and an approach to dealing with ills that affect American society in particular.

“I’m in this unique position where I can walk into a room with a guitar and people will give me money. I feel very fortunate. So I try to take advantage of this often and use my ability to raise money for organisations that I feel strongly about. I try to do that as often as I have the time.”

Such grandeur seems a far cry from Gibbard’s humble beginnings; origins that make it clear how he has become one of the world’s most talented songwriters, and where his creative ability originated.

“I wanted to play guitar when I was nine or ten years old and my parents had this tactic where they said, ‘we will get you guitar lessons, but you have to take piano lessons for three years first’. I believe they thought they could teach me to stick with something if I really wanted something else.

“So I ended up taking piano lessons for I-don’t-know-how-long, and then the guitar lessons weren’t coming so I kind of taught myself how to play. The piano was incredibly valuable, though. For those with kids I’d say start them out on piano because you get a sense of theory and how music works. It’s very helpful.

“But there happened to be a guy who lived a couple of houses up from me who was teaching guitar. He taught me some stuff and from there I just listened to records and self taught. Even though I was taking piano lessons I wasn’t interested in learning Bach. I would learn Bach and play it wrong and the teacher would be really upset that I didn’t want to play it the way that Bach had written it; I wanted to play it my way.”

Having been more of a Postal Service fan than DCFC in years past I couldn’t resist this opportunity to ask Gibbard about the duo. So, as the one-minute wrap up warning sounded, I asked about the future, if any, for the group.

“Anyone who is asking at this point really knows what the answer is,” Gibbard says. “We had fun, it was never meant to be anything more than it was and we put it to bed in 2013. Sure, there are offers for us to go away and do more, but I’m busy with what I am doing currently. Like The O.C, The Postal Service is a unique chapter that I look back fondly on, and am very proud of, but it was never meant to be more than what it was.”

No matter what part of Gibbard’s career you prefer, it is evident is that he, and DCFC, have a massive career that only keeps improving. His passion and humility shine through as we discussed his career, and is the key ingredient to their continued success. Be sure to take up the opportunity to see such an exceptional artist when they include Canberra as part of their upcoming national tour.