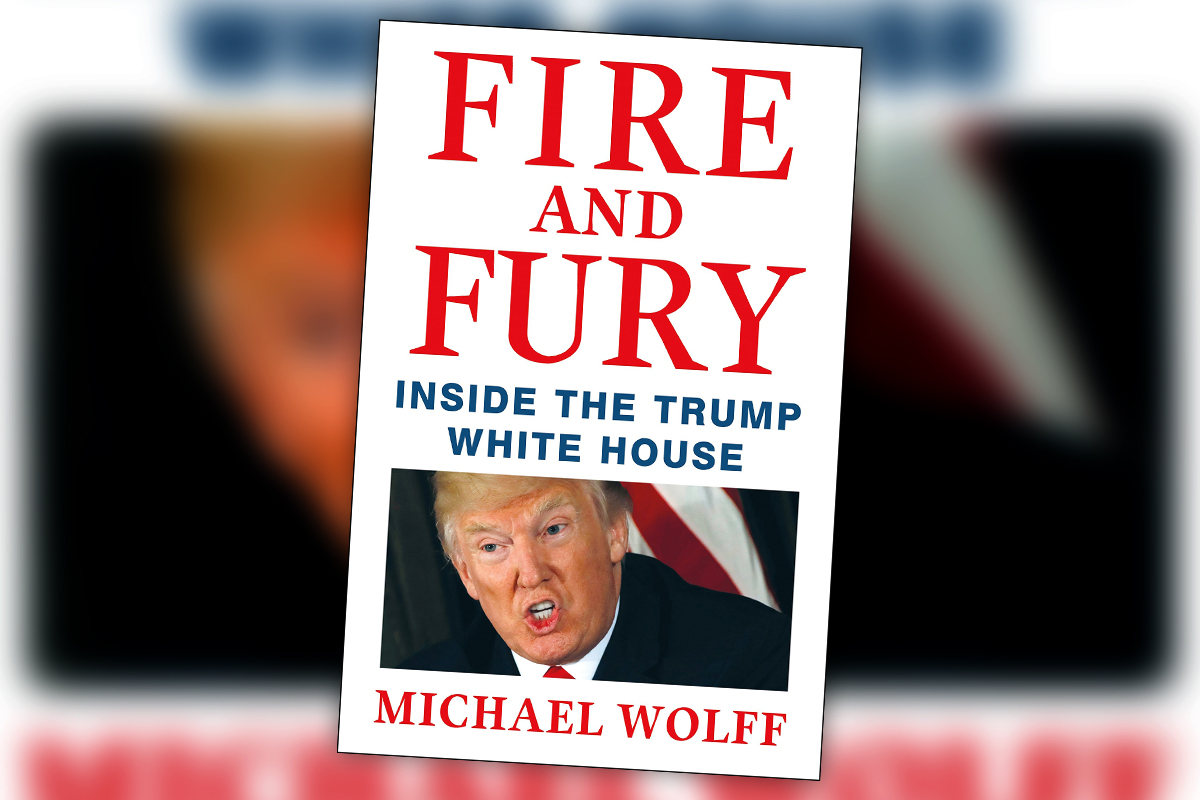 Well. It’s hard to put a finger on why this book feels trashy, but it does. Suspiciously click-baity.

The way journalist Michael Wolff tells it, he turned up to the White House around Trump inauguration time with a plan to write a book on the first 100 days of the presidency. The staff were too disorganised to work out what to do with him, so he just set up shop on a couch. He hung around collecting gossip for a couple of months until he had enough to write a book, and off he went.

I say gossip because Wolff prefaces the book with this little gem:

“Many of the accounts of what has happened in the Trump White House are in conflict with one another; many, in Trumpian fashion, are baldly untrue. Those conflicts, and that looseness with the truth, if not with reality itself, are an elemental thread of the book.”

This looseness apparently extends to basic fact-checking in places, but let’s not dwell on that. It’s typo-grade stuff, undermining rather than damning. In attempting to chronicle that notoriously multiplicitous beast, reality, Wolff’s writing on major events, such as the Russian scandal, is broadly consistent with mainstream reporting.

Perhaps what feels trashy about Fire and Fury is all the trash talk. For a book about the presidency it contains very little politics, rather stringing together a series of bitter shit-fights amongst a cast of self-obsessed schemers burnt out on trying to get Trump to pay attention to anything for more than 10 seconds at a time. Many of the insider comments sound like the kind of petty, frustrated bitching that anyone might vent with when things are bad at work.

Like gossip, much of what is recounted is probably true, most of the rest is plausible, and some things stretch credulity. Wolff writes with a God’s-eye view, sometimes as though he knows what’s happening inside the heads of his characters at key moments. People like Ivanka Trump and Jared Kushner who seem unlikely, in the face of FBI and special counsel investigation, to be itemising their mental states for a random journalist who happens to be fluffing about the place.

Click bait is fine when that’s all it is. If you’ve ever hovered a cursor over the latest Trump-tweet-induced media outrage and debated with yourself whether you’re in the mood to be dismayed and horrified for some light entertainment, you’re probably the target audience for this book. But if you expect a 310-page work of (let’s assume) non-fiction to do more than feed your schadenfreude you’re going to be left feeling pandered to rather than educated.