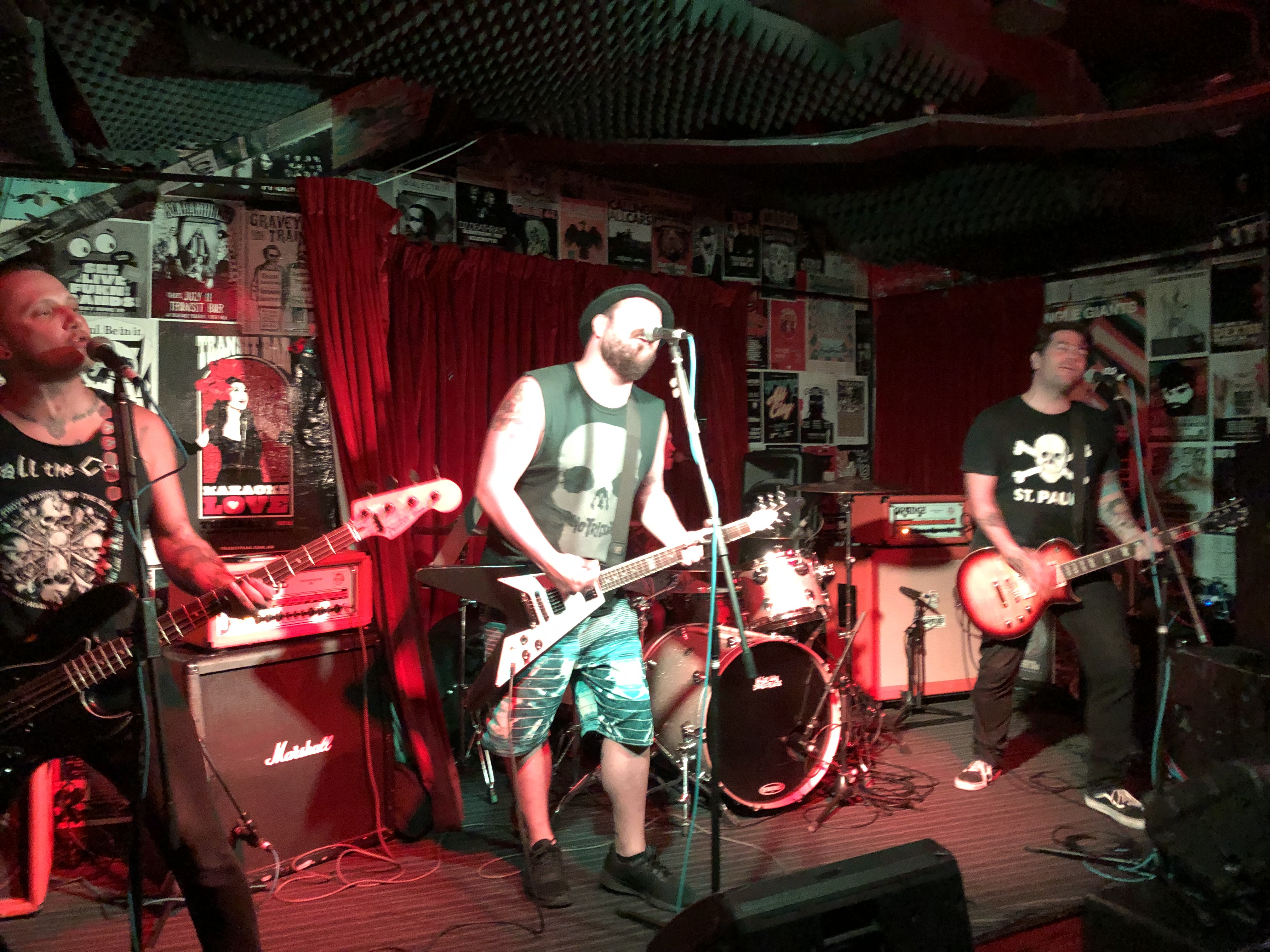 Canberra repreZent! Amongst tonight’s line-up of international and interstate visitors Semen and Garfunkel were quite the standouts. More commonly performing as a duo, tonight I had the pleasure of seeing their full band performance, and now I can’t decipher which I prefer more.

Lead singer Kate’s presence was even more formidable as she strut around stage in her uniform hat (I couldn’t work out if it was police, military or other) and flung her body fluids (I stress, her terms, not mine) to the loyal fans up front. Her charm and wit, evident in both her lyrics and stage banter, combined with her passionate screeching, truly make her one of our best local gems.

Zane (who I keep accidentally calling Zeke, hence the use of a Z in my opening sentence) was still on his acoustic guitar, but with the added drums and bass, the group had more of a rock vibe that gave me flashbacks of Tilt from my old Fat Wreck Chords samplers.

Sydney’s Idle Threat’s have a hardcore sound and their performance reminded me a little of Death By Stereo as their lead singer spent most of the time down off the stage singing amongst the crowd. They weren’t quite as entertaining though and their songs lacked the variety of this comparison.

Up next was Oklahoma’s Red City Radio. These guys were my primary reason for attending tonight and they didn’t let me down. Their sound was tight and lead singer Garret Dale’s unique growl came across even better live than on recordings. He provided a bit of light entertainment with some fun stage banter that included a nod to Semen and Garfunkel for having the best band name they had ever heard, but it was their set that I loved.

Opening with Two Notes Shy Of An Octave they continued through with favs such as Rest Easy and Two Out Of Three Ain’t Rad then closed it all perfectly with In The Meantime. Amongst tonight’s performance they sounded far more like a rock band than punk prompting my gig buddy to describe them as ‘Bruce Springsteen with tatts and a trilby hat’, which is more than fine by me but may be nothing new or exciting to others.

Our other US guests No Trigger brought back the heavier hardcore punk sound that dominated the night. They looked more like a pop punk emo band and had some great energy but lacked the variety and melody that I prefer. They were appreciated by the majority of the crowd still around, but unfortunately, like most of the other moshes tonight, this crowd predominantly consisted of the other bands and their friends. It was still great to see all of them enjoy the night, and I was just once again grateful that another international band decided to slip our city onto their tour schedule.