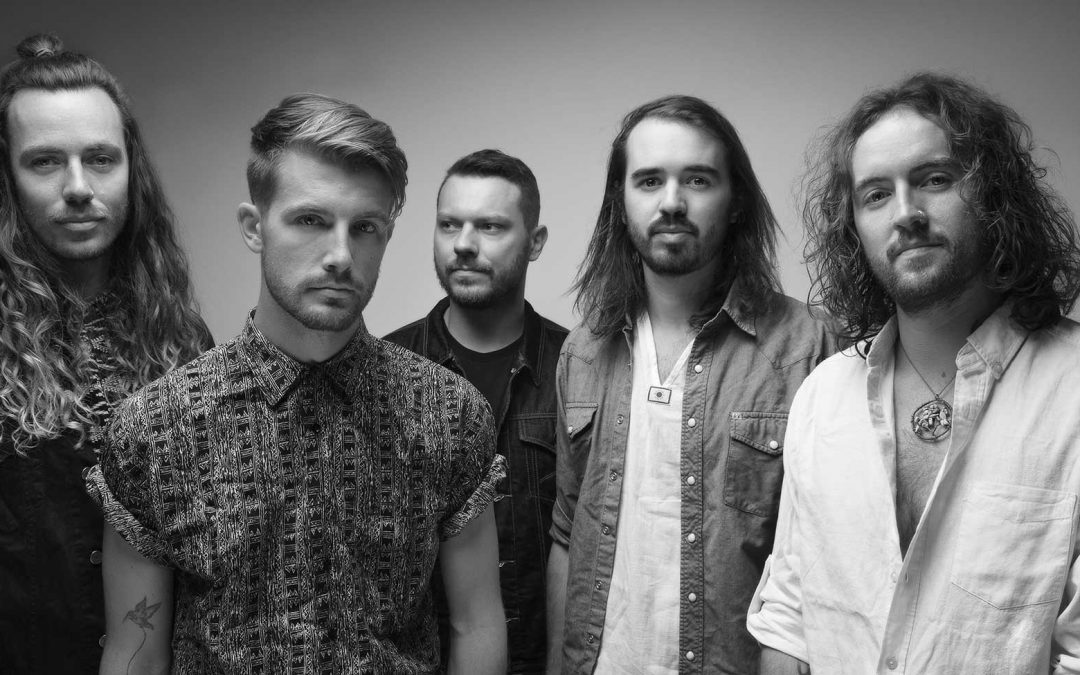 Canberra born post-hardcore heroes Hands Like Houses have delivered another pumping, guitar heavy and impassioned album, titled -Anon released last October through UNFD and Hopeless Records. If you have never experienced Hands Like Houses live then you are missing out on a mosh; the interaction between lead singer Trenton Woodley along with each member – Alex, Coops, Joel and Matt controlling the crowd is awe inspiring.

I caught up with lead singer Trenton Woodley at the end of the band’s American tour that finished up in Los Angeles.

“These have been some bloody great shows,” Trent enthuses. “Last night we had 500 plus people. Good energy, good vibes – a good way to finish.”

We began discussing the one off acoustic show from October last year in Canberra in support of the launch of -Anon. “We just hung out, had a few beers, played a few tunes… It amped us up for tour,” he says.

The time between 2016’s Dissonants and -Anon would have been within a blink of an eye for most fans but as Trenton confirmed the fivesome had a heavy touring schedule, coupled with maintaining relationships and contact with family back home, made life stressful. But these factors didn’t sway the boys from releasing an album that structurally “fitted naturally and organically together” as Trenton describes it.

“This isn’t just a collection of songs.”

Tracks like lead single Overthinking, thumper Tilt, the latest music video for Sick and the song Monster – which was adopted as the WWE Super Show-Down official song for the Melbourne event – prove this statement to be true.

“Lyrically this album had a relaxed process; we wanted to give -Anon an open approach,” Trent reveals. “This album tackles personal relationships, the struggles of being the underdog and toxic mindsets, but it still has an off handed, casual vibe.

“I’ve always been inspired by poetry,” Trent continues. “A lot of poetry has been signed off as ‘anon’ and some of these works are decades, centuries old and the fact that we don’t know who wrote them or why… The reason to be anonymous is worth sharing, worth talking about. We owe it to ourselves to be better in case the world gives us nothing.

“The internal conversation I had about the what it means to be a man and to engage the world in spite of a rapid change of cultural expectations… and what is masculinity, what has become toxic in a lot of ways. The rise of feminism has been very important. Feminism is crucially important to a true balance in our society. It is necessary for the cultural conversation and how to better ourselves.”

When asked what the fans can expect from the upcoming Australian tour, Trent simply chuckled.

Hands Like Houses will be touring Australia through February 2019 with Ocean Grove, Endless Heights and Redhook. The Canberra show is on Friday, 8 February. Doors open at 7pm. Tickets can be purchased through Oztix.