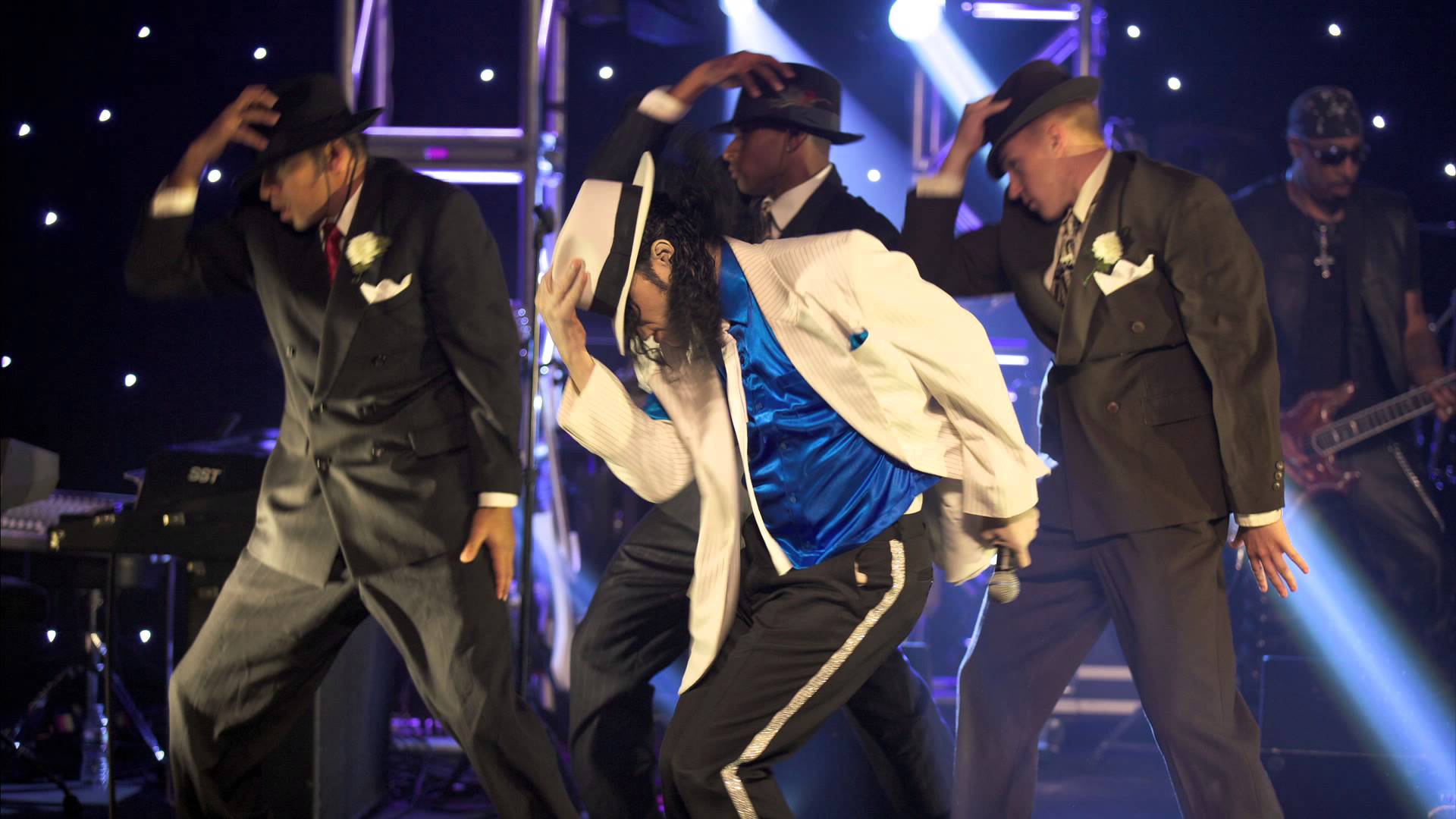 The Michael Jackson tribute show The Legacy, featuring William Hall as Michael Jackson, is certainly a well-rehearsed one; nobody missed a fraction of a beat.

Hall’s facial appearance was remarkably like Jackson’s, and he danced and sang well, sounding like Jackson much of the time. The lighting was colourful and spectacular, and some audiovisuals, including stills and videos of Jackson, added poignancy to the show.

Worth special mention are Hall’s four male backing dancers, who, in a great range of costumes, complemented Hall’s moves with their own fabulously choreographed dancing. They provided great energy; their movements were precise and controlled; every step had vim and unmistakeable character, sometimes aggressive, sometimes slick, and always absolutely stylish; and their dancing alone would have made the evening worth coming out for — and one of them is a young man from Canberra.

The backing arrangements differed from Jackson’s enough to remind us that this was not Michael Jackson, but the musicians expertly played the notes we’d expect them to. A few instrumental breaks introduced the audience to the band members’ individual improvisations, but by and large the songs, even if differing a little from Jackson arrangements, were recognisable as many of Jackson’s best-known.

The show’s energy was at its height with good renditions of Black or White, Smooth Criminal, and Beat It, with Billie Jean perhaps offering the most conviction.

One minor spoiler of the evening was the quality of the sound, which very high intensity did nothing to ameliorate. Lead instruments and even, amazingly, lead vocals were consistently submerged beneath a wall of boomy chords and backing vocals provided without singers — and even the backing vocals lacked the timbre one expects of Jackson’s songs. Something was seriously amiss with the sound throughout, at least from where I sat, as though the upper mid range had entirely dropped out.

The audience clearly enjoyed the evening, joining in when encouraged to, enthusiastically dancing in and out of their seats, and singing along; and many joined Hall in the aisles for a hug. And it was a treat to see quite a lot of primary-school-age Jackson fans, some in Jackson outfits, of whom a dozen or so joined Hall on stage and showed some pretty impressive Jackson moves.

Anyone who goes along for the ride rather than to see the reincarnation of Michael Jackson is sure to have some fun. In all fairness, Jackson was a creative genius: his dance energy, the sheer constant intensity and extraordinary precision of the man, his compelling look and movements, and his musical character may well be impossible to match.