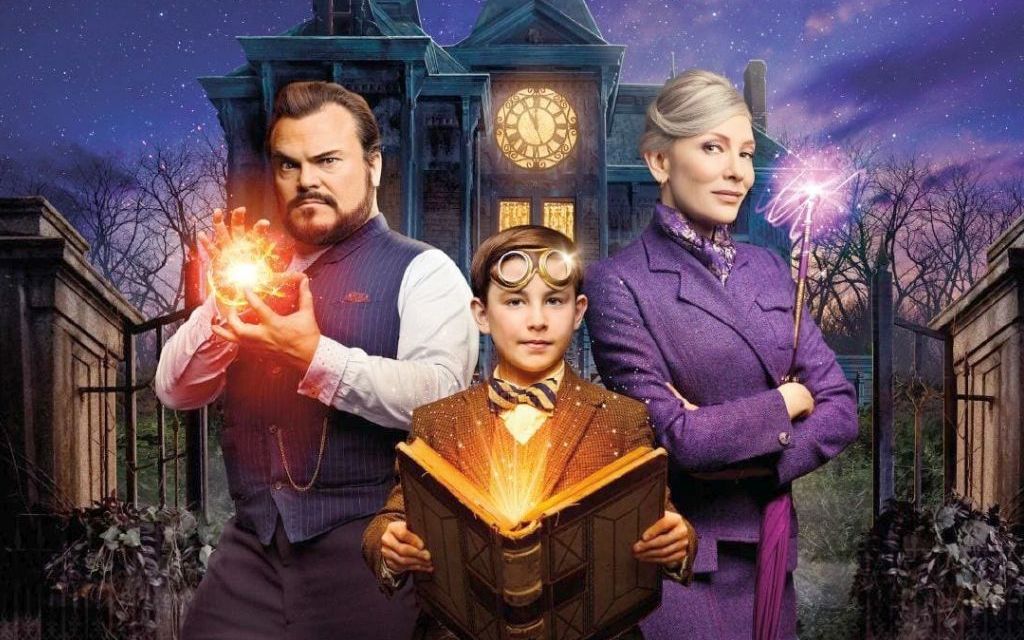 In 1955, having just lost his parents in a car accident, ten-year-old Lewis Barnavelt (Owen Vaccaro) receives a letter from his mother’s brother, Uncle Jonathan (Jack Black), inviting him to live with him. Upon arrival, Lewis meets his uncle for the first time and best friend, the kind but unusual Mrs Florence Zimmerman (Cate Blanchett), his uncle’s neighbour and best friend. Uncle Jonathan is likeable but unusual, and lives in an enormous house full of extraordinary and scary things, and Lewis soon realises that his uncle is hiding something. With the exciting discovery that his uncle is a warlock, Lewis begins to learn magic under his tuition.

Marvellously, Uncle Jonathan forgoes all rules but one: that Lewis is never to open a certain locked cabinet.

Lewis gradually becomes aware that his uncle and Mrs Zimmerman share a secret concerning some kind of threat in the house. His school life too being challenging, Lewis, acting out of character in order to retain a friendship, makes a choice with catastrophic consequences. Finally learning the truth about the threat residing in the house, he tries to redeem himself and undo the damage he has caused; but is it all now too late?

Black’s and Blanchett’s characters are enormously likeable and fun, bringing to life practical magic and the nuances of the heart of honour and courage. Owen Vaccaro offers an excellent performance as a well-meaning child, one in the throes of grief, coming to terms with his new life with virtual strangers, facing rejection at his new school, and finding himself fascinated but frightened by his new home.

Though its storyline isn’t perfect, The House With a Clock in Its Walls is an enchanting frolic. Underlying all the magic and other fun, though, are insights concerning the nature of suffering, loss, true evil, and the indomitable spirit of the deeply good.