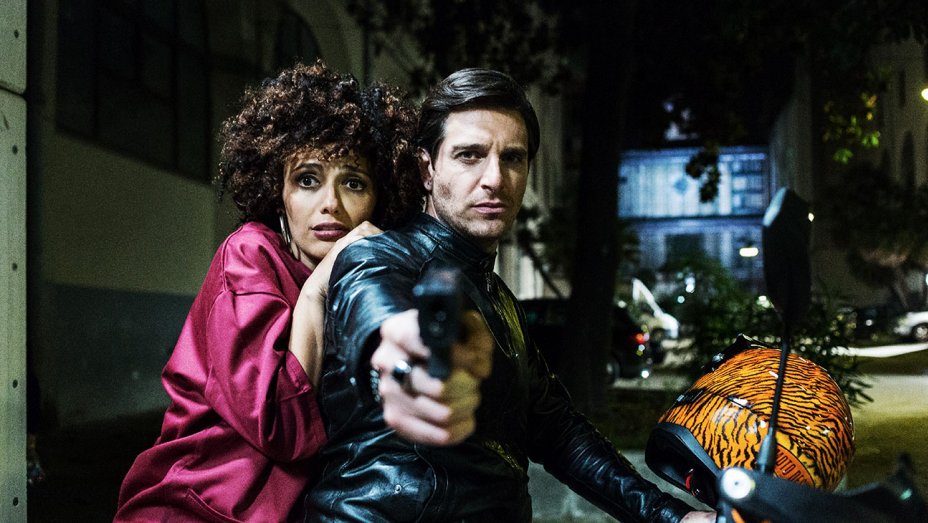 When a film opens with a man’s corpse singing in his coffin at somebody else’s funeral, you know that you’re in for a whacky time.

And, as the corpses continue to pile up, directors Antonia Manetti and Marco Manetti’s Love and Bullets serves up songs (alway hilarious in their unexpected style and operatic placement) and other surprises in quick succession, steadily building toward a hilarious climax via a couple of well-executed twists.

The beleaguered mafia don, Don Vincenzo (Carlo Buccirosso), needs to get out of the game, and his wife, Donna Maria (Claudia Gerini), is quick to recognise an opportunity for them to retire to the Caribbean by posing an innocent bystander as her husband’s corpse.

If this sounds like the setup of Johnny Stecchino, you’re right: in both cases, the gangster’s wife takes charge of having everybody believe that the innocent man to be gunned down is in fact her mafioso husband. But, whereas the innocent planned victim was the protagonist in Johnny Stecchino, in Love and Bullets he’s little more than an extra, the star roles going to Serena Rossi, as Fatima, and Giampaolo Morelli, as Ciro, a gangster who turns over a new leaf when the woman he’s sent to kill turns out to be Fatima, his long-lost love. In order to protect Fatima, the highly trained Ciro must use every trick he has — until finally they must rely on Fatima’s cleverness and humanity to bring a happy conclusion for the characters still alive at the end.

This may sound like a grim tale, and for some time it does seem fairly dark; but hang in there, as the explosions and violence (which is never unpleasantly graphic) soon take second place to laughter and delightful surprises that make the film well worth seeing at least once.