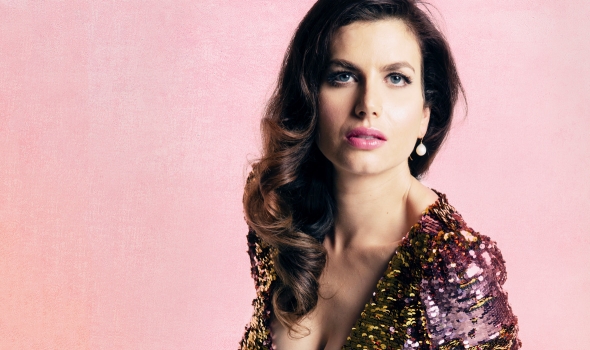 This release can be viewed as timely or opportunistic but I’m erring on the side of caution and calling it somewhere in between.

Part of the artist’s gig is to reflect on society, and not necessarily always in the form of a running commentary but a statement of alliance or disassociation. This track, of course, is all about alignment, and more specifically empowerment.

And as far as women’s rights go, there can never be too many songs about evening up that score. At a glance this track is just retro, adult pop with a personal bete noire doubling as a temperate message of solidarity, but with a few listens, some of the parts, such as the modest melodic breadth of the chorus, soon reveal their earworm-like potential.

The song is more cyclical than climactic which is not to say there aren’t a few rousing moments but the tune doesn’t reach for a height necessarily, but remains partly muted, with the song’s defiant title the main component and the song’s central device.

And that’s not to intone that Cole Phoenix doesn’t do an admiral job of convincing us that she means what she says. This certainly comes through, and helped along by the production and choice of instrumentation.

Perhaps the more contemporary sounding pop songs professing to advocate along similar lines cloud the message with their in-your-face drum machines and over compressed yodelling, and it is with a more relatable musical palette that such a message needs to be communicated, or is more effective… Who knows? But if this is a protest song, it’s not one that smacks you over the head.

Rather, it is quite unassuming, with the Motown-like grooves, the house piano and Cole’s identifiable vocal carrying the song. There are echoes of Amy Winehouse here but Amy’s style will forever be associated with any and every track aiming for a ’60s era doo wop mixed with jazz soaked funk production, and that’s true for this track.