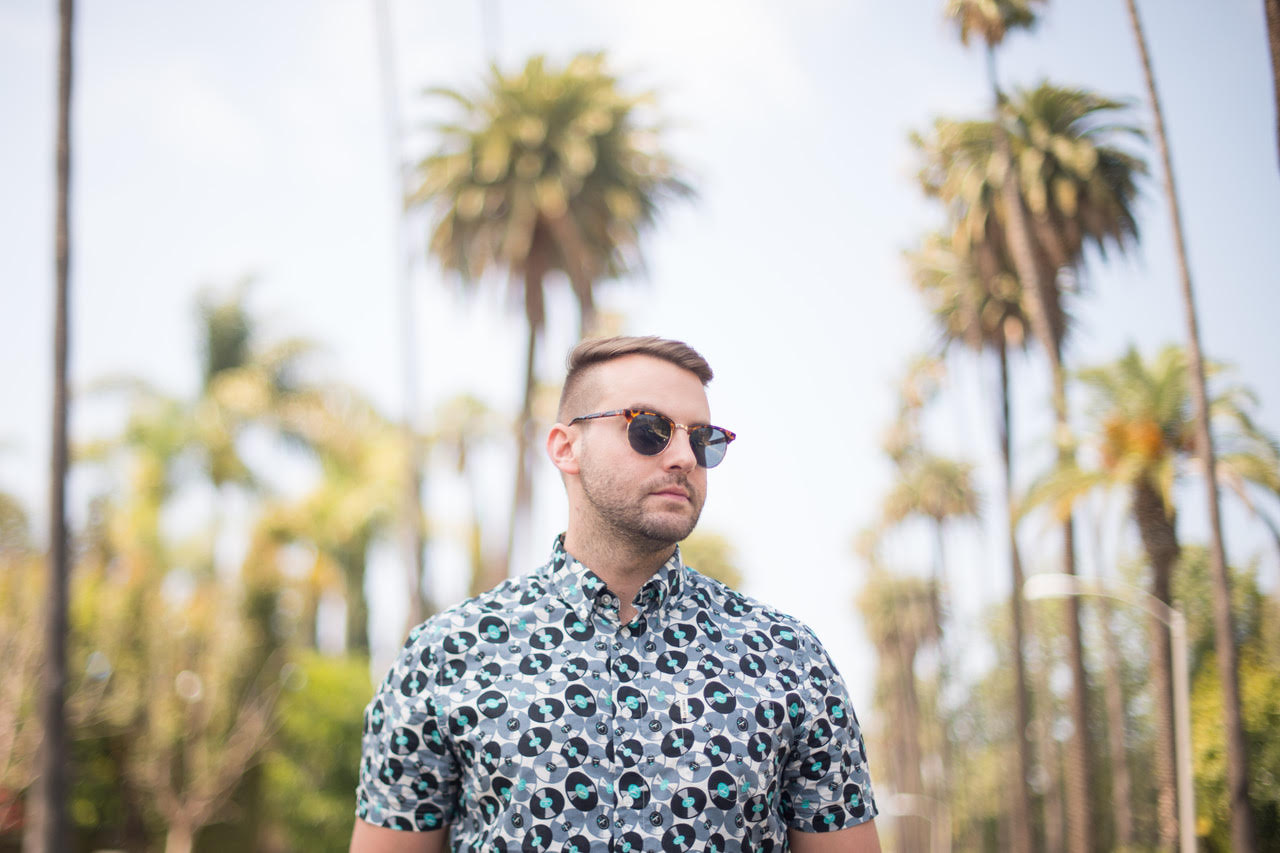 Here’s the thing; this is pop like Owl City or Bastille but with a tongue-in-cheek lyric allusion to, yes, you’ve guessed it: Sydney.

And that’s Sydney, the place at the arse end of the world, ‘At the bottom of the world’, as Hunter croons. But we get the well-intentioned reference Hunter’s anxiety and morose disposition provokes in him.

Melbournians, nonetheless, would love that. Here, we don’t care. But don’t hold that against Hunter, Sydneysiders, as he works hard at trying to create a pastiche ’80s earworm, and sort of pulls it off.

The lyrics treads a well-worn road; an unashamed appeal for another’s liberating powers, a plea to disappear. Hunter has been bad, but the object of his affection can fix all that.

‘Forgive me,’ he asks. And of course, who can resist such a request? There is less to forgive about the track than what you expect. The bubbly synths and dinky piano of the intro wouldn’t go the distance if it weren’t for some of the more rousing and pleasing attributes of the melody, the bridge drops, those Prince guitar jabs and the general all over sunshiny gloss.

Hunter’s vocals are suitably well-produced as it dips and glides across the dubstep blast of the kick and snare until guess what, before you know it, you’ve kept listening way past the first chorus.

It’s that kind of tune, where obvious musical know-how has subverted cliché to create a disarmingly saccharine anomaly; big pop which is not as annoying as it could have been and certainly not as moronic.

So to which of your playlists would you assign Hunter deBlanc’s Sydney? It would fit nicely nestled between Passion Pit, The 1975, and as mentioned above, Bastille and Owl City. Credible and interesting company I would think.