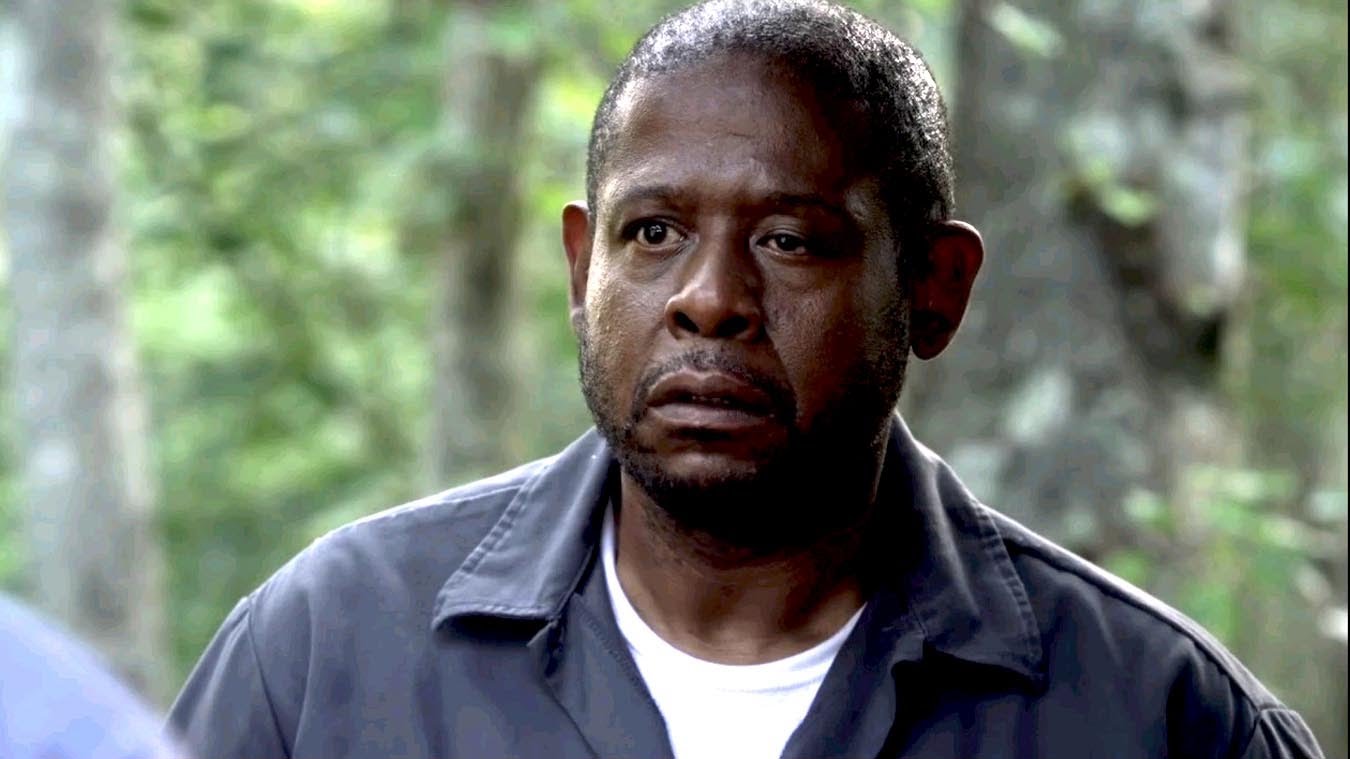 I’m sitting at a small cafe in downtown Hanoi. I’ve come to Vietnam for a couple of reasons, none of which brought me here on this lazy, fattening Tuesday. But, as I wait for my guest, I cannot honestly say that I’ve ever been more nervous.

He strides with an elongated step, like an ex-athlete, towards me. He’s fifteen minutes late, but I doubt he’ll apologise.

“Sorry I’m a bit late,” he mumbles, surprising me once, then twice as he holds out his hand to shake mine. “I’m going to order an iced coffee, you want one…?” And before I can answer he says, “I’ll get you one.”

Forest Whitaker sits before me, larger than life. He smiles, “Tell Tony I said hello, will you?” I nod, and sip my iced coffee, which is more bitter than I had hoped. Our mutual friend Tony Albanese was the one who arranged this interview for me with the screen legend, but not for the reasons Forest might suspect. I turn on the recorder and place it in the middle of the small table between us.

He raises his eyebrows and I begin, “Tell me about the moon.”

“You don’t wanna talk about working on King of Scotland, Star Wars… or maybe Ghost Dog?”

I shake my head. Forest turns off the recorder.

“I don’t want any recordings of me saying these, these things.”

I agree, and he slowly explains that the moon was sent to destroy the earth, as a weapon, tens of thousands of years ago. He explains calmly and patiently that lifeforms living light years away were monitoring our evolution and had hurled this giant asteroid at our planet so we would not become a threat. Forest Whitaker spoke plainly with me about the power of human laughter, and how it creates a very real, and scientifically proven, field of ironic detachment that surrounds the earth, stopping the moon from getting too close, and saving us from certain destruction.

After all this, Forest looks at me – “Is that the kind of things you wanted to know about the moon?”

I look back, calmly, and say, “Actually, Tony already told me all of that. I’ve known that we need human laughter to elevate the moon for months now, and to that end I am holding the Floating Moon Comedy Experience on Friday 24 August 2018. Anyway, I’m more interested in what it was like working with Sherilyn Fenn in Diary of a Hitman – it’s one of my favourite films…”

Floating Moon: Comedy Experience is a unique stand-up comedy night, including audio/visual treats and a certificate of participation for all. The evening will be headlined by Canberra Comedy Festival alumni Anthony Tomic, and feature performances by local stand up heroes Maddy Weeks, Nick Schuller, Taylor Coughtrie-Neal, Chris Marlton, James McMahon, Al Thorne, Laura Emerson – and be MC’d by the charismatic tour de force that is Frances McNair.

Tix: $15 for adults; $10 for students, available through Eventbrite.com.au or at the door.

Chris Marlton is a local concept comic who divides his time equally between his calculator and clock collection.