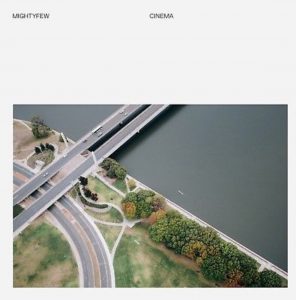 At the end of the 90’s and during the early 00’s, Canberra’s heavy music scene was undergoing a shift. Shaking off the more traditional heavy metal styles of the early 90’s toward a more contemporary take blending metal, nu metal and hardcore music.

This coincided at a time when underage shows at the three main satellite youth centres were packed with keen young folk looking to mosh to the sounds that were inspiring them.

There were three key bands that stick out in my memory of the time that were making music that inspired a whole bunch of kids to pick up instruments and make music of their own.

There was Brisk doing their emotionally charged hardcore, 4 Dead doing a brutally heavy hardcore blend and The Mighty Few who were incorporating nu metal influences that were brand new at the time. All of them borrowed from their influences a bit and it is fair to say that the material on the record in discussion here, when released outside of Canberra saw critics lazily comparing the band to the Deftones, and didn’t really understand the earnest and honest place this music came from.

In fact in the early 00’s, I used to live next door to guitarist Brendan ‘Beano’ Tinson and for a couple of months jammed with the band to fill in for a show or something else I can’t remember anymore.

What I do remember just how damn into it they all were. Chris Doyle was a formidable frontman and whipped their fans into a frenzy when they played. I also recall talented drummer Eugene Giacomin being not only a great player, but a major contributor to the music as a songwriter. Rhys Shannon aids and abets Giacomin on bass to form a solid platform and Greg Chamberlain, Mike Carvana and Luke Robart round out the musical contributors for these songs.

A lot of music from this period in time has a production that acts as a not overly complimentary time stamp, dating it to that time. It’s a credit to the original mixes by Mark Tinson and the band, and the remastering by Don Bartley at Benchmark Studios that these sound so fresh near 20 years later, especially the songs on Cinema.

OK sure, the influences do rise to the surface but I personally have no trouble listening past them and there’s a certain ambiguous quality to this on vinyl that has preserved The Mighty Few’s earnest sincerity. The Cinema material again shows a remarkable understanding of applied dynamics especially when you consider how damn young the guys were when they made the music.

The physical vinyl release is boutique and very tastefully packaged. I feel like its a love letter to where it was made and to the fans that came to all those shows in the nineties and noughties. It’s exclusive to Landspeed Records and the Landspeed Records eBay store for ex-patriots, and features some great aerial shots of Canberra.

If you were a fan of the Few back in the day, there is nothing but smiles on this release for you. It’s a fitting monument to the time and a great package for anyone into heavy tunes. Here’s hoping it inspires a few other bands of that time to see if they can’t do something similar.