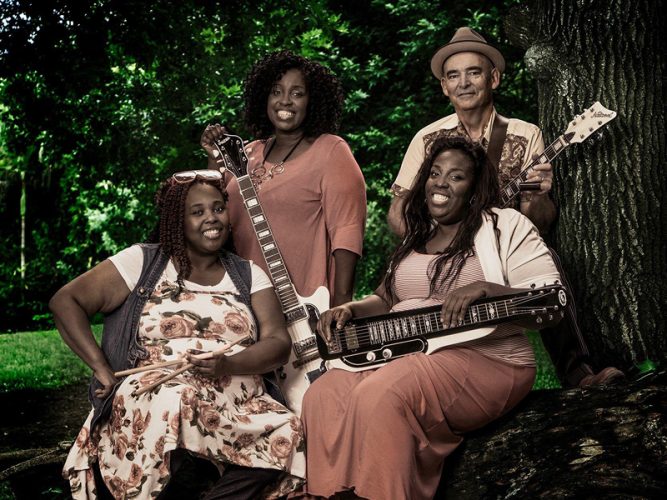 In anticipation of their upcoming Tuggeranong Arts Centre show on Friday August 3, we caught up with The Turner Brown Band to see just what makes them tick, both musically and otherwise.

What is your proudest moment?

The Turner Brown Band is a fairly new collaboration. The proudest moment so far has been the overall success of the project as an international touring band.

To embark on a second tour of Australia in November playing a number of major festivals.

As a band we laugh a lot whenever we get together, often at the simplest of things. Nikki is also a comedian (Nikita Sugarfoot) so that can make travelling even more fun.

Laughter is an interesting thing. I get a lot of my sense of humour from my father who, although he died when I was a teenager, seemed to instill me with the subtle, at times ridiculous, humour of Spike Milligan, as well as the early British comedians.

Also US comedians Jerry Lewis, Groucho Marx and the Marx Brothers. In more modern times it’s The Simpsons that always gets a laugh.

Too many things to list! But asking a baby-boomer that question opens a huge can of worms… How long have you got?

Plus overuse of acronyms, media reports referring to whole nations of people “the Americans are invading the Palestinians”, media reporters using the pronunciation “ey” for “a” and “thee” for “the”…

For more information and tickets to the rollicking show, head to https://www.tuggeranongarts.com/events/turner-brown-band/