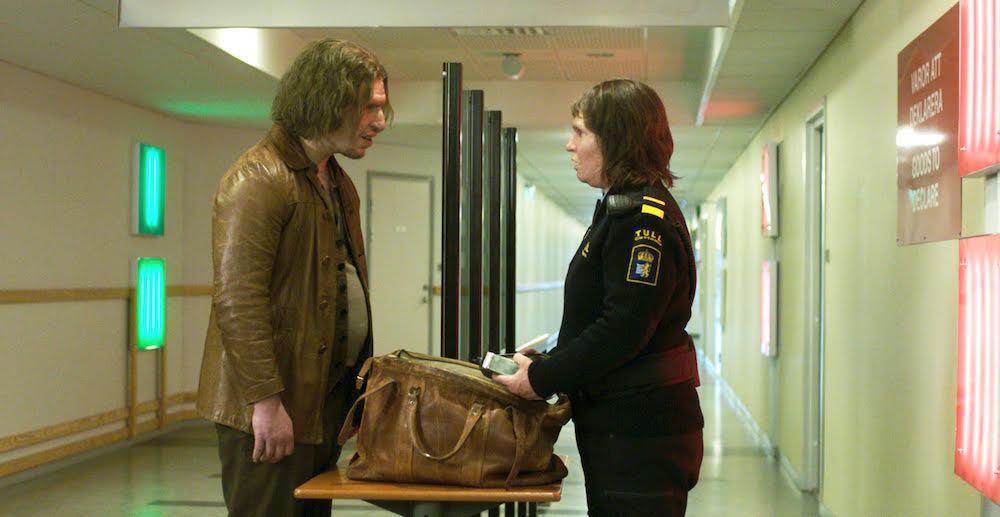 Border is one of those unusual films that defy easy categorisation.

It is in some senses a detective story, and in others a speculative-fiction one. Then again, it delivers the odd hint of creepiness.

Whatever kind of story it be, it begins with a highly unusual customs officer’s suspicions about a similarly unusual passenger… and making up for her mistake about him by providing him with somewhere to stay.

This sub-plot of this incipient friendship and that of her involvement in uncovering a paedophile network soon overlap, and she finds herself confronted by amazing truths about herself. The main plot then produces further sub-plots involving characters who till then had been peripheral.

The film tantalises the viewer with the futures that the protagonist, who is a moral individual, must choose between, and it leaves the viewer uncertain of the direction she will take. This approach would have been more satisfying had other matters that had become important to the viewer had a definite outcome, but too much is left hanging for the film to seem that it had reached its natural ending by the time it faded to black.

Nonetheless, it’s an interesting film. With an uncommon plot that will stimulate thought about humanness, ethnic relations, and human psychology, Border is worth a look simply for its surprises.