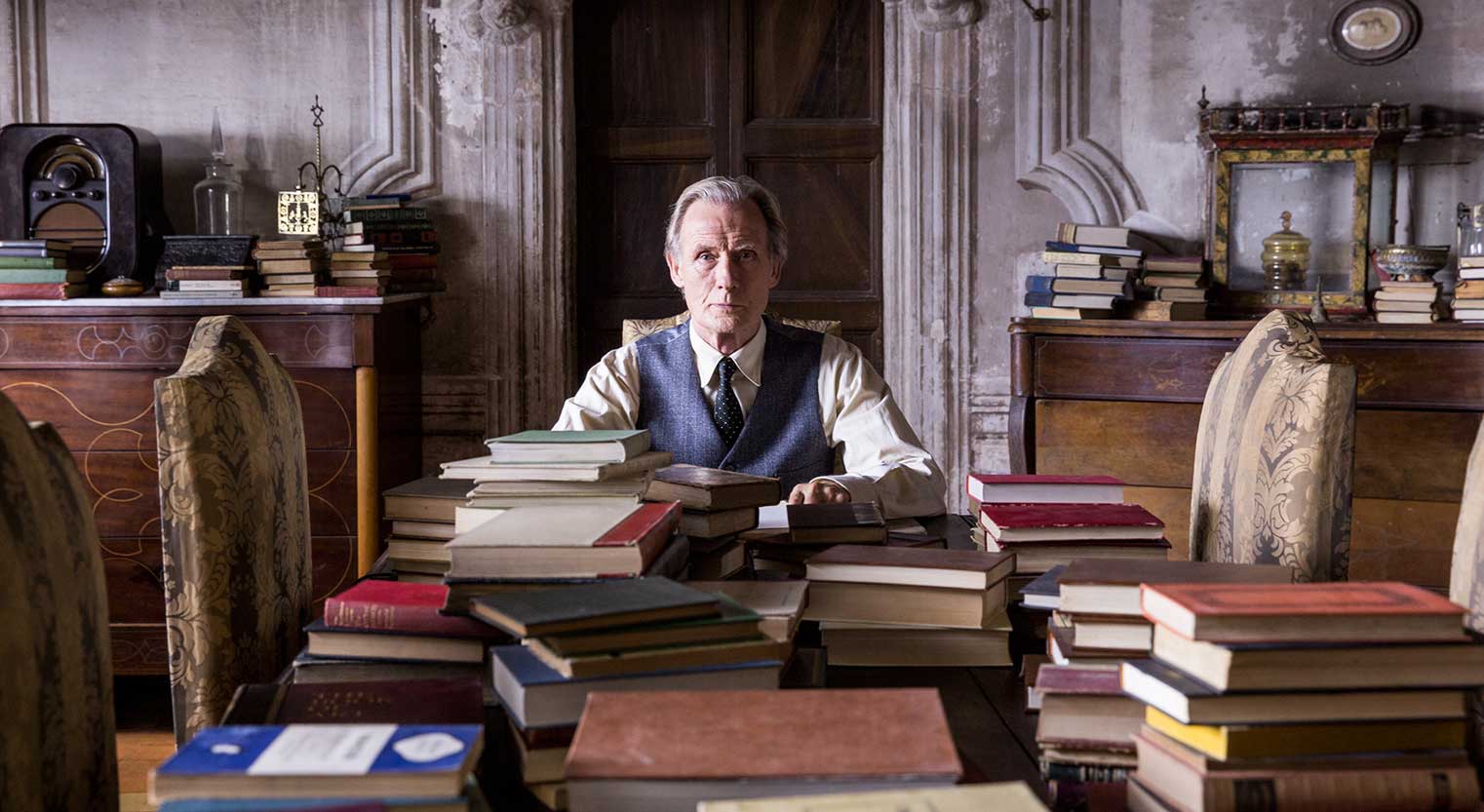 The Bookshop is a film very much about character and principle, and invokes that special sentiment that occurs in anybody with a deep love of books upon entering a bookshop filled by another lover of books.

It’s 1959 in England, and Florence (Emily Mortimer) wishes to give the residents of her new hometown the gift of a shop filled with books that they will long for, welcome home, and cherish. And she has the spirit and passion to overcome considerable obstacles (chiefly prejudice) to fulfilling her dream.

Along the way, Florence gains an ally in Edmund (Bill Nighy). How each deals with the obstacles personally is at the heart of the story, though Florence’s response to a final catastrophe is, unfortunately, beyond credibility. It’s a minor shortcoming in a film that is well-paced and otherwise beautifully conceived and executed and reveals much about how readily a monstrous character can afflict everybody else within his or her sphere of influence. But it also demonstrates how the good-hearted can find strength and common ground in one another.

The film’s cinematographic style adds colour and life to what is an already interesting setting; a lovely score by Alfonso de Vilallonga adds poignancy without excess; and every scene is lit to perfection. But the film’s highlight is its acting by Mortimer and, particularly, Nighy – so expressive that he could just about have played his part without speaking.

You’ll be glad you caught this moving tale.