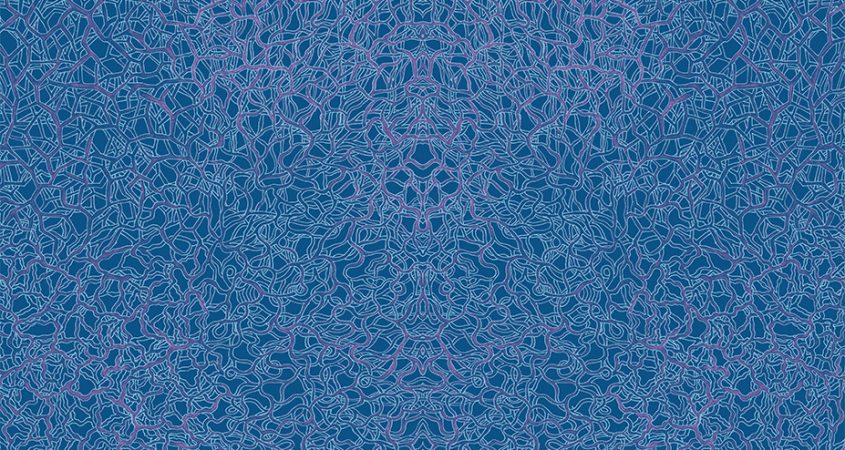 It’s late October 2017, and the café where Bronte McHenry and I are meeting is full of students hunched over books and laptops. At least one of them is on the verge of quite literally pulling their hair out ahead of next week’s exams. McHenry is upbeat though. She’s the Editor-in-Chief of the ANU Women’s Department’s magazine, BOSSY. Putting it together is a year-long project, and the team have just launched their 2017 edition.

“We tried to build a lot of momentum prior to the magazine,” she says. “Bossy had kind of become something where no one really knew what it was. So we sort of reformed it. There was a small foundation but we were able to build. It meant we were kind of able to do whatever we wanted with it, which was pretty exciting, but also a bit nerve-wracking, because there was nothing there – no handover, no institutional knowledge, just give it your best shot and see what happens.”

McHenry has a dozen or so copies of the magazine with her. She takes one out to show me. It’s beautifully designed, full of collages and photography, with the words ‘A Year in Feminism’ in white lettering on the cover.

“It would be good if Bossy can kind of take no shit.”

“The magazine has four sections,” she explains, opening it up and flicking through. “We have ‘Ablaze’, which is kind of like the angry section; angry feminist rants, like ‘fuck the world’ kind of thing. It’s up front, right out there. Then we have ‘Gather’, which is the kind of the educational, learning, inspirational section, looking at feminists who have come before us; lots of theories and memoirs, that kind of stuff.

“Then we have ‘Endure’. This is the really grim, dark, helpless section. Lots of people talking about mental illness and eating disorders and body image and war and the patriarchy and all these sorts of things. And we finish off with ‘Bloom’ – you’ve got to end on a good note – which is kind of like the uplifting, look to the future, there’s a light at the end of the tunnel, positive sort of section.”

Each of the four sections, as well as being lovingly crafted, is full of stories, poetry and investigative journalism with titles like ‘Mansplaining: Sexism in Miniature’, ‘The Art of Non-Gendered Insults’ and ‘A Transfeminine Experience with Toxic Masculinity’. With such a breadth of knowledge and perspectives represented, I ask McHenry what she feels needs to happen with the magazine in future.

“I kind of want it to be more radical. It’s really good. There are a lot of thought provoking things in there. It’s very intersectional. But it’s not really that radical. And I would like a little bit more kind of ‘woa’.”

For a moment I’m in disbelief that a magazine populated by student voices would ever be considered lacking in radical ideas.

“Well they’re not putting their radical thoughts on paper with bylines for everyone to see,” says McHenry. “So once people get a little bit more comfortable with Bossy as a publication, I’m hoping it turns more heads, and people kind of say what they’re thinking and we can have a real stab at the administration if they continue to not act on the results of the survey.”

McHenry is referring to the Human Rights Commission’s survey on university sexual assaults. It’s something that’s intrinsically linked to Bossy as a publication, and will no doubt play a big role in the magazine’s future iterations.

“We’ve had a lot of content published about sexual assault and how it’s a problem, which we’ve known for fifty years. And we’ve had some critiques, but if the administration continues to push back deadlines and be really flaky and give excuses and kick the women’s officers off the steering committee, it would be good if Bossy can kind of take no shit.

“Sexual assault – sexual violence is a more all-encompassing term – has become very topical. But I still think the university are doing as little about it as they ever have. They’ll give a timeline, but then not consult survivors on certain things and then they’ll claim they can’t do certain things because they haven’t consulted survivors yet. It’s all quite ridiculous. So we know, 100 percent for certain, that in three months or six months they still will have done nothing. So we’re going into next year, appointing a team with the thought in mind that we’re going to have to stir the pot quite a bit and have a loud voice.”

Leap forward a few months, and the biggest news stories of the new year, particularly in music and the arts, are to do with feminist causes. What with Camp Cope calling out a sexist music industry in the wake of female and non-binary underrepresentation at Falls Festival, and Golden Globes ceremony-goers issuing a reminder that gender inequality and sexual violence are not issues that Hollywood can sweep away in the new year, it seems that now more than ever is the time for Bossy to further assert itself as a vital voice for Australian students.

“If you read my letter [from the Editor], you’ll see that I say that there’s never really been a social movement, ever, that hasn’t had a publication or media source supporting it. There always is something to spread ideas to the masses and empower people. And I think if ANU is going to have a sort of mini women’s movement, it kind of needed Bossy to be revamped, to give it that sense of identity and that anchor. And I think Australia also needs that.”

Given this, I ask McHenry whether the magazine is for every woman, every non-binary person, every gender non-conforming person.

“With Bossy, it’s sort of for everyone actually. It’s for everyone. We had a lot of men come to our launch party which was really good. I suppose the product that Bossy produces is supposed to be for everyone, but Bossy itself, as a safe haven and a place of opportunity, is supposed to be for women and non-binary students, staff and alumni. We try to really follow women as they go off into the world and allow them to keep contributing.”

BOSSY is available on ANU campus in the Pop-Up Village, the Brian Kenyon Student Space, and each hall of residence. You can also find it around town in cafes and bookstores.