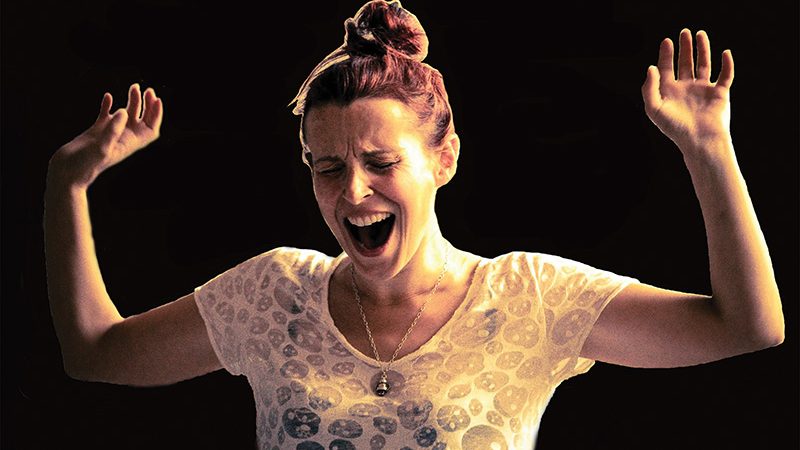 Free improvisation. Free jazz. Experimental music. Still with me? I thought I’d get the scary stuff out of the way straight up. If you’re not already embedded in the experimental scene, the music associated with SOUNDOUT, Canberra’s hidden gem of a music festival, can seem anything from foreign to outright impenetrable. But like so many things, it labours under unfair assumptions, and taking the plunge into the unknown can deliver breathtaking results.

“It’s a hard question,” says Richard Johnson when I ask him about communicating exactly what the festival is. “How do you get it across to them what it is? It’s so visceral and exciting when it’s there in front of you. Because these things are kind of give and take. Sometimes you get a brilliant improv or a free jazz record and sometimes it’s not so great.”

Johnson is SoundOut’s founder and director, currently putting together the ninth iteration of the festival. Nearly a decade after its inception, he’s now booking artists up to two years in advance.

“It started off with an attitude towards starting a touring circuit where we would mix with all of these international artists and we would make Canberra one of the places to come to. And I think we may have done that.

“I used to go to Sydney and listen to music, or put on things with people like Jim Denley and he’s a really good friend – improviser, major talent in Sydney. But he’d been touring with some Argentinians and they’d come here and he called me up and said ‘why don’t you put on these guys’. And we thought, well why not make it a festival. And that’s what we did, we got a little bit of funding from the Norwegian government, because there were a couple of Norwegians coming, and it got started.

“There’s nothing like coming the festival and experiencing first hand.”

As well as ingraining itself as part of the touring circuit for Austalian improvisers, SoundOut has garnered a strong reputation in the international experimental scene.

“Our friend Joe Dolezal was over in Berlin and he mentioned the SoundOut Festival and they had heard about it. A lot of people know about it, just because so many of the artists are amazing musicians. Sofia Jernberg and Mette Rasmussen are coming in on the 21st [of January], and I’m putting them on at Smith’s as a kind of adjunct to the festival, simply because they had to leave the country before the fest started, and they wanted to come. They said, ‘why don’t we do it early?’ and I said, ‘yeah it sounds like a good idea’.”

Johnson is also mindful of the work being done to foster improvisers and experimental musicians in Canberra, booking locals like Ben Drury and Amelia Watson on this year’s lineup. However, dedicating a portion of the bill to local talent comes with unexpected challenges.

“There are people doing great work here, but what I find is that a lot of the people are doing their own things. The principal notion of the festival is one of collaboration, and if I can get people to come and collaborate in their own right as a principle of the festival, then that’s a good thing. I mean it’s a free improvisation, free jazz, experimental music festival. Some people are interested in the genre but don’t want to do that. It’s very hard.

“More people have gravitated towards it, more people are experimenting. I think that’s one of the good things, the healthy competition between the various schools of thought. Putting SoundOut on has garnered a bit of competitive spirit between the different disciplines, between classical, this and that. But more things have started to pop up.”

“There’s nothing like coming to the festival and experiencing first hand. It’s one thing looking at the poster and thinking, ‘oh I mightn’t come, its sounds kind of, um, new or something, I want to listen to tunes’. But if you come and listen to it, then you tend to get it. That’s what happened to me. I gravitated from jazz, I listened to a lot of jazz, and playing music with people.”

Approaching the tenth anniversary of the festival in 2019, I ask Johnson about his plans for the future.

“I wouldn’t mind just focusing on the Australians that started it off,” he says. “And bring out the ones that came in that first year – some of them.”

SOUNDOUT 2018 takes place at the Drill Hall Gallery on February 3 and 4. There are two sessions each day, at 1pm and 5pm. See eventbrite.com.au for tickets and lineup details.

For your chance to win one of two season tickets to SoundOut Festival, let us know below the name of the Austrian trumpeter coming to SoundOut this year.