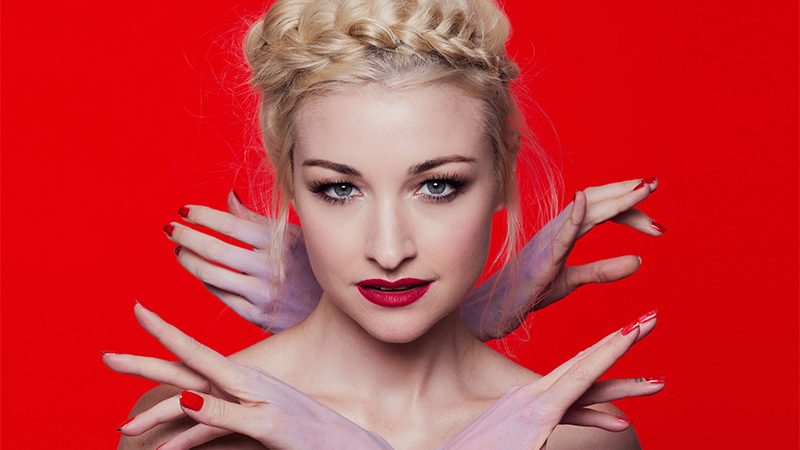 Reflection upon one’s past work is, for any creative, a multi-layered experience. Australian singer-songwriter KATE MILLER-HEIDKE, who has a plethora of musical achievements under her belt, found this process of contemplation to be challenging.

Miller-Heidke has recently released a ‘Best Of’ album, a compilation of music that she, along with a team of close advisors, felt best represented her accomplishments over the years. When asked how she found this endeavour, her response was understandably mixed.

“[It was] weirdly confronting and reductive in a way, but also I’m grateful that my career has taken me on such an interesting and varied path,” says Miller-Heidke.

It is a diverse album, which includes recent releases, although plenty of songs were chosen from earlier compositions, such as her debut studio album, Little Eve (2007).

“I guess I feel a bit distant from it too. After you write a song and record it, and it’s out there in the ether, it stops being yours, somehow. I can’t say it was entirely pleasant to put together. I left a lot of the big decisions to other people.”

Over the years, Miller-Heidke’s creative process has been fluid; something she hopes will sustain for the remainder of her career.

“When I was younger, I had this notion about authenticity in songwriting as a kind of pure expression, a hangover from the 90s and from grunge,” she says. “That kind of thing was still very much accepted as gospel. As I get older I realise that’s not the only one way to do it, there are other ways.”

Most recently, Miller-Heidke has been integral to a handful of projects that have proved somewhat different to her usual fair. In 2015, she was commissioned by Opera Australia to compose the music for their stage production of the graphic novel The Rabbits (John Marsden and Shaun Tan), and last year wrote the score for the musical adaptation of P.J. Hogan’s 1994 film, Muriel’s Wedding.

“I couldn’t have dreamed of better subject material, I love [Muriel’s Wedding] so much; there is so much in there that is so funny, so heartbreaking, so Australian.”

“Collaborating with other people, like the director and scriptwriter, writing songs to a specific brief, for other people to sing, to tell somebody else’s story; I don’t see the process as being any easier or less valuable than the tortured artist, alone in a room model,” says Miller-Heidke. “It’s all valid.”

Writing the score for Muriel’s Wedding could be considered a cornerstone of Miller-Heidke’s career. A piece close to her heart, she was honoured to help grow it into its new life as a stage musical.

“Going into Muriel’s Wedding, where it was very much more of an equal collaboration between Keir [Nuttall] and P.J. Hogan the scriptwriter, that was humbling, but also great to find ourselves collaborating with some of the cleverest, most talented people in Australia,” she says.

“I couldn’t have dreamed of better subject material, I love the film so much; there is so much in there that is so funny, so heartbreaking, so Australian. It was a dream project. The show has a distinctly Australian flavour, and I don’t think it could’ve been any other way.”

Perhaps a timely piece, Muriel’s Wedding is an uplifting tale about overcoming adversity, with a noticeably feminist undertone. As one of Australia’s most acclaimed female artists, Miller-Heidke is taking her role as pioneer in her stride.

“I think as a woman, you just have to take the opportunities as they come. I’m not going to over-analyse it too much. I still talk about the inequalities that are there, that are still entrenched, but in terms of my career, if I can be the beneficiary of affirmative action, fuck yeah, I’ll take it.”

Last year’s groundswell of female empowerment within the entertainment industry is spilling into this year, and Miller-Heidke is a strong proponent of this uprising.

“It really does feel like we are on the cusp of some sort of change. It feels like women are rising up and supporting each other, and I think that’s the key.”

Miller-Heidke will soon begin her national tour, and is in the early stages of writing a new album. She laughs, and says: “It’s been a while.”

KATE MILLER-HEIDKE performs at BY THE WATER at the National Museum of Australia on Saturday February 10. Gates at 6pm. SOLD OUT.