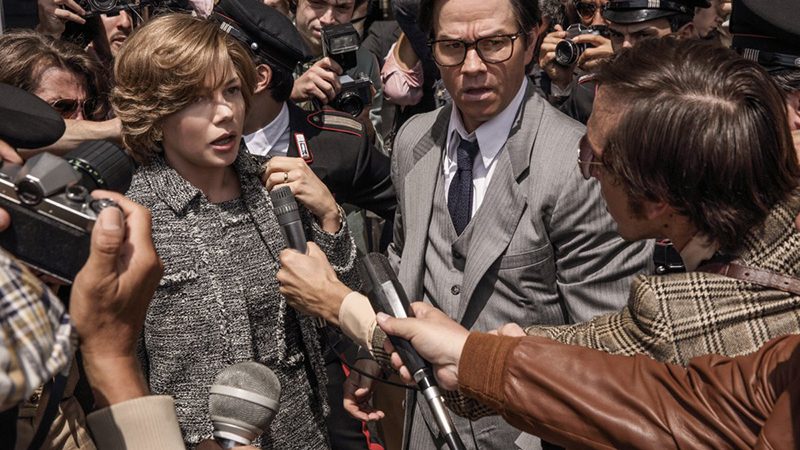 Scott’s latest is a hostage drama recounting the 1973 kidnapping of the young heir to the Getty oil fortune. A well-paced, if at times mechanical thriller, Scott shoots in a gloomy slate grey palette of shadow and half-light emphasising that this is really a parable on the root of all evil and the murky moral compass guiding the Getty family.

Abducted from the streets of Rome by a Red Brigade faction seeking a lucrative pay-off, 16-year-old John Paul Getty III, soon awakes in Calabria dawning to the reality that his family may be even more ruthless than his captors.

The penny-pinching John Paul Getty Sr. (Christopher Plummer) is soon locked in battle with the boy’s mother Gail (Michelle Williams). Through lawyered-up face-offs and flashbacks we see the workings of a dysfunctional and broken family, as Gail, assisted by security adviser Fletcher Chace (Mark Wahlberg) find the tougher negotiation is with the bloody-minded patriarch resisting paying a ransom as he casually splashes millions on a Vermeer or two.

While Plummer, replacing the disgraced Spacey, delivers a rightly acclaimed performance unpacking the fear, distrust and unquenchable greed driving the isolated Getty, credit is also due to Williams. Her performance as Gail is the heart of the film, doggedly pursuing the return of her son Paul, in the face of the stone-cold calculations of her ex-father-in-law and his praetorian guard of cynical legal advisors.