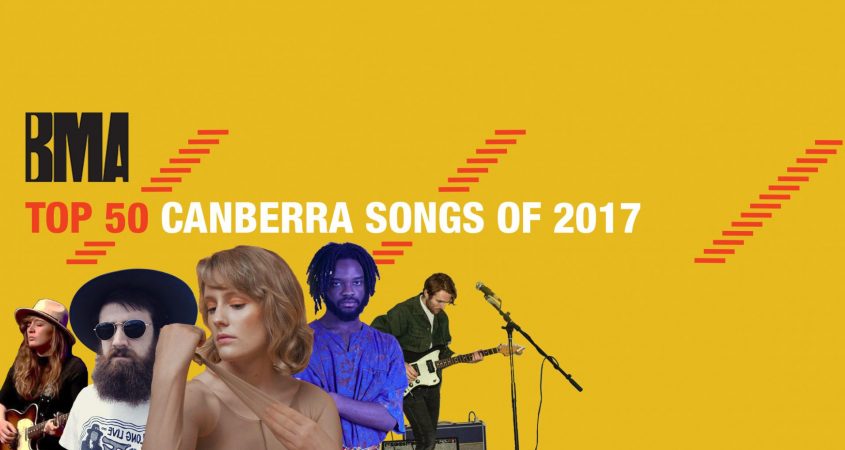 In January 2017, then-BMA editor Andrew Nardi “got really bored and decided to put together a list of what he thought were the top Canberra songs of 2016.”

Keeping in the spirit of that initial list, we’ve expanded our horizons a little in 2017 to bring you our Top 50 Canberra songs of the year, with some specific criteria in mind.

The 2016 poll featured artists who had uploaded songs to triple j Unearthed throughout the year. We’ve broadened our scope to include releases on Bandcamp, Spotify and Soundcloud. But some basic criteria remain: one song per artists, artists must be Canberra-based or intrinsically linked to the city and only songs released in 2017 are eligible.

Needless to say, some incredibly tough calls had to be made to put this list together. The Top 50 arrive after a shortlist of over 100 tunes was trimmed down to include only the very best. In the end, a dozen songs were competing for the final two spaces and some heartbreaking decisions had to be made.

The idea behind this list is to illustrate just how alive and thriving Canberra’s music scene is. These are the 50 songs that we feel best represent the year that was in Canberra music. That’s part of the reason that we decided to list the songs in alphabetical order as opposed to a ranked countdown.

We hope we’ve helped you discover some fresh tunes and unearthed some artists to keep your eye on.