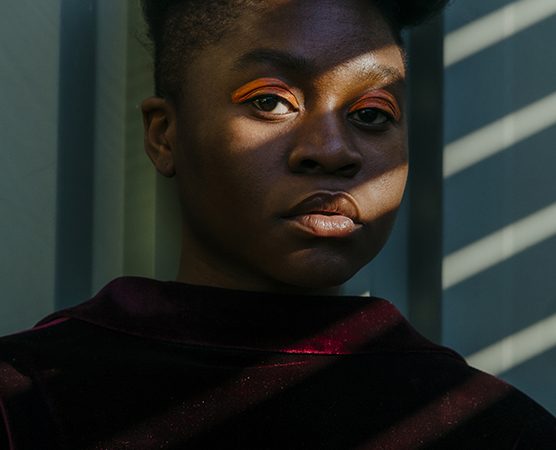 SAMPA THE GREAT continues to be influenced by the afrobeat and hip-hop she grew up listening to. Born in Zambia and raised in Botswana, her reputation as one of hip-hops most important voices is growing with each release.
Off the back of The Great Mixtape in 2015 and a string of Eps, Sapma’s latest offering, Birds And The BEE9, has just arrived. We caught up with The Great herself to get the lowdown dream collabs, the state of the industry and pre-show rituals.

Earlier this year you collaborated with Estelle, what was that experience like?

Estelle is an exceptional artist, person and guide. It was nerve-wracking meeting her at first, as she is who she is. But she gave me space to express myself and be comfortable with the contribution I would be giving to the songs and that was an amazing experience to have. Same with Rahki who produced ‘i’ by Kendrick Lamar as well as the HERoes Act 2 EP.

You have collaborated and toured with Remi and Sensible J, who else have you worked with in the past, and who would you love to get into a studio with?

I have worked with Katalyst, Mohi and Jonti as well to name a few.

What kind of music did you listen to growing up, and how do you think it has influenced what you create?

I listened to afrobeat, afrobeats, Zambian cultural music (zedbeats) hip-hop music, jazz, reggae to name a few. I think just a whole range of music here and there. It has influenced my perception of sound yes. If I’ve listened to afrojazz, for example, for the majority of my life, it will affect my approach to music, the sounds I pick to write to etc… but luckily not limited to.

What is your favourite album from this year? And what are you listening to right now?

Hmm…this year I’ve played a lot of Freudian by Daniel Caesar as well as Smino blkswn. At the current moment I’m listening to Chronixx Chronology and Sarkodie Highest.

What is the album or artist you think everyone would benefit from listening to?

Hmm I don’t think I have that answer. For me recently, it was Kendrick of course in showing what music without the limitation of genre can do – hip-hop, jazz, funk and spoken word on one album was dope!

Do you have any thoughts on the rap and hip-hop scene in Australia?

With three years limited perspective, it is currently vibrant and brewing. A lot of uniqueness and expression from voices and faces I haven’t seen before are more prevalent.

Where has been your favourite place to perform?

Do you have any rituals? Before or after a show? To get you in the mindset for writing and creating?

I just take deep breathes before a show or meditate/laugh with my friends to make the sharing of music as natural as possible. Inspiration for writing and creating on the other hand are almost always random. I keep a recorder and small notebook close.

SAMPA THE GREAT plays the sold out Spilt Milk on November 25 at Commonwealth Park. Birds And The BEE9 is out now via Big Dada.

Liked it? Take a second to support Isabella Dunne on Patreon!

Support Isabella Dunne on Patreon!
9% complete
When we reach $500 per month we will begin the official BMA Podcast. This will include interviews with some well-known musicians and artists, tips and tricks for publishing in print and online, as well as other discussion topics around Bands, Music and Arts in Canberra!