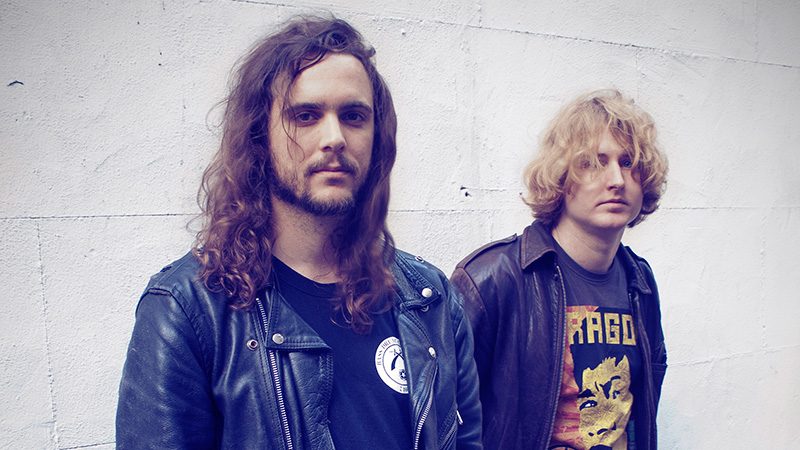 Rest doesn’t seem to be a concept that sits well with DZ DEATHRAYS. The Queensland punk rockers toured their sophomore effort, Black Rat (2014), extensively for close to two years. Following that they released two new singles in 2016, ‘Pollyanna’ and ‘Blood On My Leather’. Off the back of those tracks DZ Deathrays set out across Australia as well the rest of the western world.

“We did a tour with Violent Soho and Dune Rats, and then we did the Groovin The Moo tour as well … and then we also went to South By Southwest,” says vocalist/guitarist, Shane Parsons. “Then we went to Europe with Dunies and then America and Canada with Dunies, and then did our own headline tour.”

The band has since released a new single, ‘Shred For Summer’, earlier this month. DZ Deathrays have decided to take a step back this year and collect themselves, but the band’s concept of ‘chilling’ still seems to be unaligned with popular opinion. The boys have already recorded another album in their downtime that they are just sitting on.

“We kinda thought, well let’s pull back a bit this year, and we’ve recorded another record so it’s ready to go. So we’re just keeping it pretty chill for a little bit,” says Parsons. “We’ve got one tour in UK/Europe … just waiting until the time is right to put out the new record. In the meantime we’re trying to write another record so that we have some extra material ready to go.”

Parsons claims the band gets bored if they don’t keep moving. Forming as a two-piece in 2008, DZ Deathrays have since added another guitarist to their line-up. The band’s sound has developed from brash, dark, punk rock in their early days, to dance-inflected beats married with chunky riffs more recently. The expansion to a three-piece has apparently seen a change in the band’s writing and recording process.

“We were trying to inject a bit of new spice into the band. We were only really a two-piece out of necessity,” says Parsons. “It’s just an evolution of the band. Gives us a bit more space in the music. It’s cool to have someone else to bounce off onstage and give parts to and create a bit more dynamics.”

Despite relaxing as best as they can this year, DZ Deathrays are already planning big things for 2018. With another album under their belt and ready for release, the band are set to hit the ground running again next year.

“You can expect [the new album] towards the end of the year. We haven’t set a firm date yet. We have a few things planned to roll out,” says Parsons. “The next album tour we’ll be making sure to hit Canberra … we’ll be back there, definitely.”

DZ Deathrays plan to roll out their new album next year.

Support Thomas Spillane on Patreon!
9% complete
When we reach $500 per month we will begin the official BMA Podcast. This will include interviews with some well-known musicians and artists, tips and tricks for publishing in print and online, as well as other discussion topics around Bands, Music and Arts in Canberra!