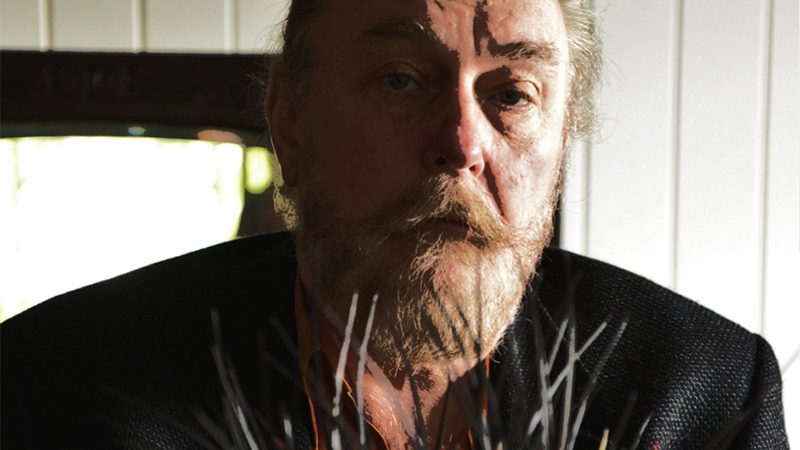 Ever evolving Australian musician ED KUEPPER is a regular visitor to Canberra and will be returning to the Street Theatre later this month to reprise a themed ‘by request’ show, last performed here in 2013. If we were talking about your average one hit wonder act on Triple J, this format would be a cinch. But Kuepper resides in a world of transformative creation far removed from mainstream mediocrity.

This consistently engaging artist has recorded an impressive 50 or so albums, stretching back to the raucous garage chords announcing opening cut ‘(I’m) Stranded’ on The Saints’ 1977 explosive rock ‘n’ roll debut album of the same name. The way forward was the post-punk reinvention of popular music as performed by Laughing Clowns that turned into a long and rewarding solo career comprising atmospheric, emotive tunefulness with unexpected detours like the three albums Kuepper recorded with The Aints – a 1990s noise group equally influenced by The Stooges and John Coltrane. He explains that revisiting the request show provides an opportunity to perform in places that he doesn’t ordinarily get too, adding that the format, “adds an air of completely spontaneous interaction and keeps everyone on their toes.” So, we are dealing with an artist who cares enough about his work in a David Bowie kind of way to keep pushing the boundaries of self-expression.

Kuepper is equally comfortable performing songs solo or in a band arrangement, and the overall feel of a solo show shaped by the request theme is largely dependent on how the audience responds to an artist transforming a large body of work into a unique event that might or might not come off. “Without going into individual songs, I tend to like and/or dislike each period pretty much equally depending on my mood,” he says. “But regardless of how I’m feeling, I’m a loyal person and stand by my creations right or wrong.” Dropping preconceptions is the key to arriving at a better place for artist and audience, and in a wide-ranging conversation I sense a recurring twinge of humorous cynicism that draws a fine line between everyday existence and a restless need to seek out something more.

Later this year, Kuepper will revisit the wild mercurial sound of The Saints with the present day line-up of The Aints and I wondered about the decision to bring together two past incarnations. “2017 falls smack dab in the middle of the three 40th anniversaries we could celebrate for the first three Saints albums,” he says. “So it seems a good time to do it then. I took a bit of persuading, to be honest, because I wasn’t sure there’d be all that much interest after all this time. But the response has been terrific, which has been humbling and exciting at the same time. We’re all looking forward to it, it’s a great band.” A request for The Aints from The Street Theatre audience might happen as a suitable prelude for these forthcoming shows and as for firing up the guitars, Kuepper is suitably blunt. “The Aints don’t fuck around my friend.”

ED KUEPPER will perform solo and by request at The Street Theatre on Thursday August 24 at 8pm. Tickets at thestreet.org.au.

Support Dan Bigna on Patreon!
9% complete
When we reach $500 per month we will begin the official BMA Podcast. This will include interviews with some well-known musicians and artists, tips and tricks for publishing in print and online, as well as other discussion topics around Bands, Music and Arts in Canberra!