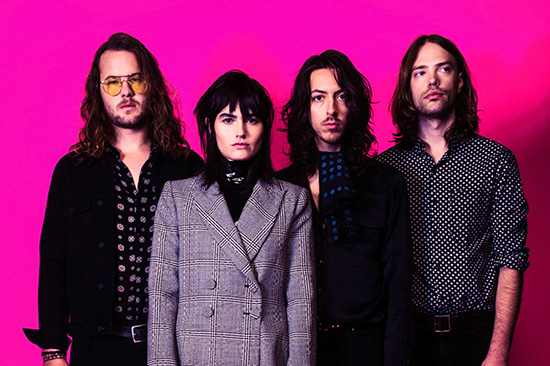 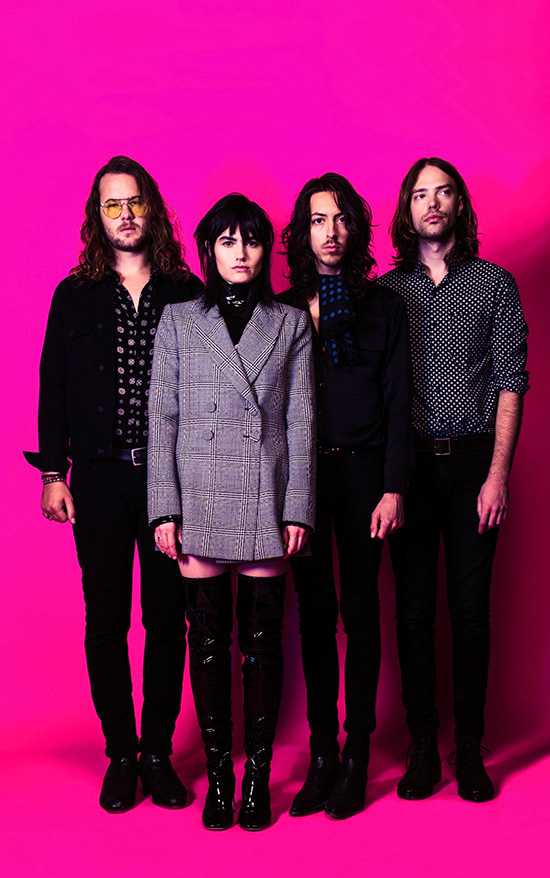 “Survival,” is Izzi Manfredi’s reply when I ask her about the motivation for THE PREATURES’ second album, GIRLHOOD. The album explores the contradictions of being a modern woman, with each track representing a different stage of womanhood. It is an intensely personal record for Manfredi. One she felt an absolute necessity to write or else she felt she would not survive as an artist.

“It was the first record that I learned about the craft of writing songs,” says Manfredi. “This record was about, ‘okay I’ve done that, now what do I really want to write about?’”

Blue Planet Eyes was the first album released by The Preatures in 2014. It peeked at number 4 in Australia and saw the band nominated for an ARIA award.

But a part of Manfredi has been put on hold. She described Blue Planet Eyes as only exercising one muscle in her body. “Girlhood was really about exploring the totalitarian of my identity.”

The record was inspired by dreams Manfredi was having at the time of herself as a teenager when her parents were divorcing.

“I don’t know, I had a really fucked-up adolescence,” Manfredi says openly to me. “I struggled a lot with mental illness and I was not in a good place.”

The album opens with the title track and first single, ‘Girlhood’. Upbeat and messy, the song introduces the idea of the modern woman and the confusion surrounding it. The music video sees a young girl in her bedroom watching a confident Manfredi perform on a small television, singing the lyrics, “What ever makes me a modern girl? Nothing makes me a modern girl.” The bold lyrics convey Manfredi’s battle with the external pressure to be confined to the stereotypes of being a woman.

“This idea of feeling like you got to be this natural beauty,” she says. “Everything has to come easily and you got to live simply and live within your means.”

Although Manfredi admits that she loves beauty and dressing up, she explores the notion deeper in Girlhood. Questioning the line between self-expression and narcissism.

“I was really drawn to this concept with the record because I struggle with it on a daily basis,” she admits. “What part of this is me doing as I please and what part of is it sheer vanity?”

“This record was about, ‘okay I’ve done that, now what do I really want to write about?'”

The Preatures consists of Jack Moffitt (guitarist), Thomas Champion (bassist), Luke Davison (drums) and Manfredi. In March last year, Gideon Bensen, a key figure in the band, doubling as a vocalist and key guitarist, left to pursue a solo career. Mandfredi thought he would stay with The Preatures for the second album.

“We were just going to smash out this record and then that didn’t happen,” she says. His departure left a big space to fill, but Manfredi was not afraid to step up. Being the only woman in the band, some artists would have found it hard to explore the theme of femininity. Not for Manfredi, who views gender as interchangeable. A relevant topic given Trump’s recent transgender ban in the military.

She strongly believes each gender holds elements of masculinity and femininity. At times a male will find himself looking through a feminine gaze, and vice versa. It is important we acknowledge this as an inherently positive exchange of energies. The true creative process contains a genderless spirt.

“Every time I listen to any of the songs they are a mix of feminine and masculine,” says Manfredi. “To me it is a truer representation of my identity and the band’s identity than anything I could have done as a purely feminine concept.”

It is not just the concept in Girlhood that curates The Preatures’ identity but also Manfredi’s use of three different languages: English, Italian and the indigenous language of Sydney, Darug. Girlhood is the first album in history to feature songs sung in these three languages.

‘Yanada’ in Darug means “moon” and is the name of the third track on the album. The journey to use the Darug language was not easy, but one Manfredi felt extremely essential to pursue.

“It’s incredible, the indigenous language is so vastly complex and full of synergy,” Mandredi tells me. She also makes a sad point; we are brought up learning little to nothing about indigenous languages. “We only learnt rudimental, anthropological history of indigenous Australians and for us that wasn’t good enough.”

The creation of ‘Yanada’ was a long process, it has been in the works since January last year. It began with Manfredi putting out calls to the indigenous community in Sydney. Through numerous phone calls that spanned a time of nine months the band began forming connections. It was Jacinta Tobin, a Darug elder, that taught Manfredi part of the language and gave permission to use Yanada.

It’s undoubtedly rare to hear indigenous language in mainstream Australian music. The Preatures’ drive to understand the traditional identity of our country should encourage other Australian musicians to do similarly.

“We were adamant we weren’t going to release the record unless the song was done right,” says Manfredi.

It is clear Girlhood has not been an easy ride for Manfredi. The record has demanded her to confront a painful part of herself and expose it. Some may argue this is the key to a successful creative project. And it has certainly paid off for her. Manfredi has transcended The Preatures into a band that asks us to go deeper into the exploration of our own personal identities. Whether that be male, female or both.

Girlhood, the long-awaited sophomore album from THE PREATURES is out now on Universal Music Australia.

Liked it? Take a second to support Claudia Tilley on Patreon!

Support Claudia Tilley on Patreon!
12% complete
When we reach $500 per month we will begin the official BMA Podcast. This will include interviews with some well-known musicians and artists, tips and tricks for publishing in print and online, as well as other discussion topics around Bands, Music and Arts in Canberra!