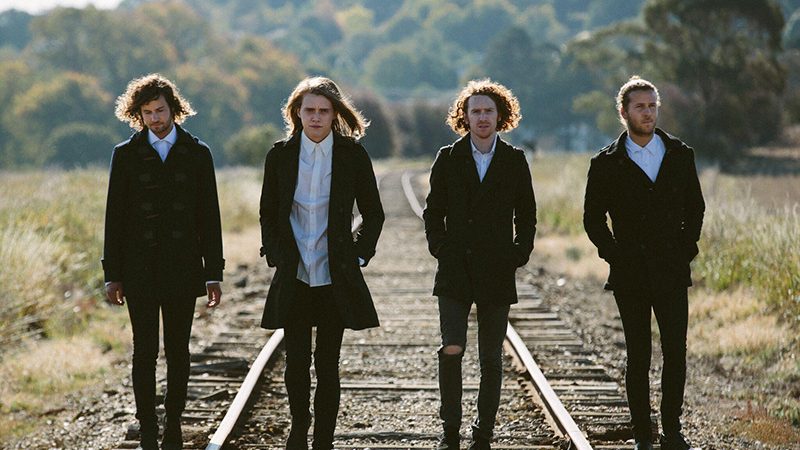 “That was a long time ago,” Matthew Wright laughs. The Getaway Plan frontman has come a long way since those suburban Victorian days, through early successes supporting emo royalty My Chemical Romance and rockers Taking Back Sunday, to today. So have they changed much since then?

“Hugely. So much. I think the biggest thing that changed us is when we broke up slash went on hiatus. That was a massive realisation for us all, as to what we had. And when we came back, we were able to see things a bit more clearly, and we’re way more grateful for things these days. Not that we weren’t appreciative of the success that we had before the breakup, but we sort of took a lot of things for granted that we don’t nowadays. We’ve also just learned to manage to balance the band and our personal lives a lot better.”

“That’s been our goal since day one I guess, is to be the best band we can be. Nothing else really fucking matters to us.”

So if I could somehow put the two Other Voices, Other Rooms gigs side by side, what changes would I see? “Apart from the lineup changes I think we’re better musicians these days. I’d hope so, given it’s been ten years!” Wright says. “I think that we’re way more proficient as musicians, and that’s been our goal since day one I guess, is to be the best band we can be. Nothing else really fucking matters to us.”

While they have made a lot of great music since those times, there’s no denying that Other Voices, Other Rooms was a breakout album, especially in those heady days of very skinny jeans and excessive piercings. Matthew admits that reminiscing about that era can be a little weird. “It just sort of evokes emotions in you, maybe things that were happening around you at the time, or what certain songs are about.”

The band are playing the album in full, but also another set of songs from other records. “Kind of for fans, sort of for us too,” Wright explains. “Because we really like a lot of songs that aren’t on Other Voices, Other Rooms. So it’s nice for us to be able to play those too.”

And what of the future? Dark Horses has been out for two years already, I point out. “Yeah, we always try to get records out as soon as possible, but it just goes so quickly it’s hard to keep on top of it,” Matthew sighs. But they’re always writing music. “What we’re going to do with that I’m not really sure. But there’s always something that’s happening on the horizon with us.”

THE GETAWAY PLAN, supported by ELK LOCKER and AUTUMN hit The Basement on Sunday September 17 from 8pm. Tickets $29.60 through Oztix.