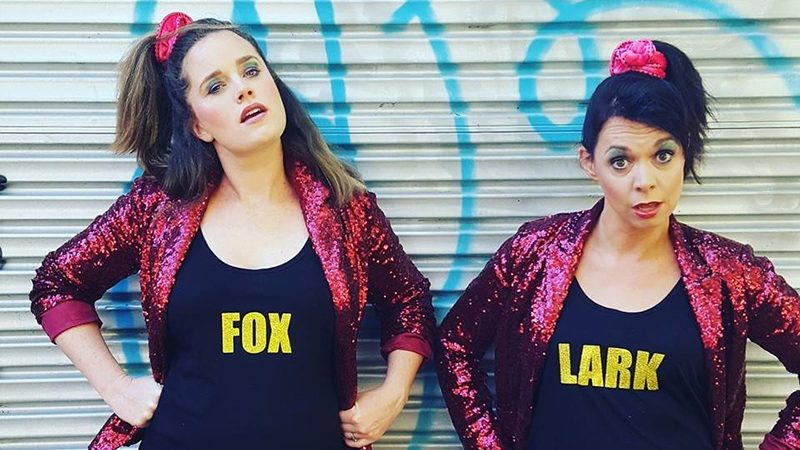 It goes without saying that there is nothing funny about domestic violence, which begs the question: how does a format like the FEARLESS COMEDY GALA, an event designed to raise money and awareness for those affected by domestic violence, prove so successful?

“[The audience are] there for what laughing does. It makes you feel good! It can give you courage and it can make you physically feel stronger, and able to cope. It can give you hope.” That’s JEAN KITTSON talking about the transformative power of comedy. In a face-to-face interview with the comedy veteran best known for her work on The Big Gig and Let The Blood Run Free, I wonder how Kittson prepares for an evening like this.

“That’s the most difficult part of doing a comedy night about any serious topic. How do you introduce it, what do you say about it, how do you make people feel good without trivialising it? Then trying to think of what I did last year and not doing the same thing!”

Last year the initiative raised more than $30,000 for the Domestic Violence Crisis Service in the ACT, an organization that Kittson applauds for its efforts, “I love this Fearless Comedy night because the money goes to the DVCS, which is for both perpetrators and the subjects of domestic violence. If you find yourself doing something that you can’t believe you’ve done, they (DVCS) will also help you.”

Juliet Moody, one half of Sparrow-Folk (‘Australia’s sirens of satire’) and family violence survivor, established the Fearless Initiative in an effort “to unite comedians against family violence.” Kittson unpacks this sensitive topic further.

“You’re introducing the topic of domestic violence, you’re reminding people that that’s what the night is about, but you want people to celebrate what each other are doing by raising awareness and celebrating the courage it takes for people to admit that its happening in their lives.”

Does Kittson consider herself ‘fearless’? “No! I’m the worst. I almost have to ask people to support me onto the stage.” This confession may come as a surprise, especially since Australia first came to know Kittson as ‘Candida’, the Lyrca-clad new-age gym junkie who was usually found swinging from roman rings. “Every single performance I do I am really nervous beforehand. I’ve emceed three Mid-Winter Balls and I used to get heart palpitations. They wouldn’t even start ‘til ten o’clock and everyone was pissed and I’d be standing there going ‘holy f**k’, and I’d think I was going to have a heart attack before I went on. Now I have different techniques where I can keep a lid on it.”

This year’s lineup has again attracted some of the biggest, brightest and most generous Australian comedians; Denise Scott, Susie Youssef, Catherine Deveny, Dane Simpson, Jordan Raskopoulos and Canberra export Kirsty Webeck. Kittson isn’t at all surprised that it draws such an impressive bunch, “It’s a great cause, and the other thing is, it’s in a fantastic venue, a beautiful venue and the perfect place to perform! It’s like a performer’s dream. It’s a privilege to be a part of the cause, and it’s a pleasure to do it.”

The FEARLESS COMEDY GALA is on Thursday September 7 at 7:30pm. Tickets from $50 + bf through canberratheatrecentre.com.

Liked it? Take a second to support Samuel Townsend on Patreon!

Support Samuel Townsend on Patreon!
12% complete
When we reach $500 per month we will begin the official BMA Podcast. This will include interviews with some well-known musicians and artists, tips and tricks for publishing in print and online, as well as other discussion topics around Bands, Music and Arts in Canberra!