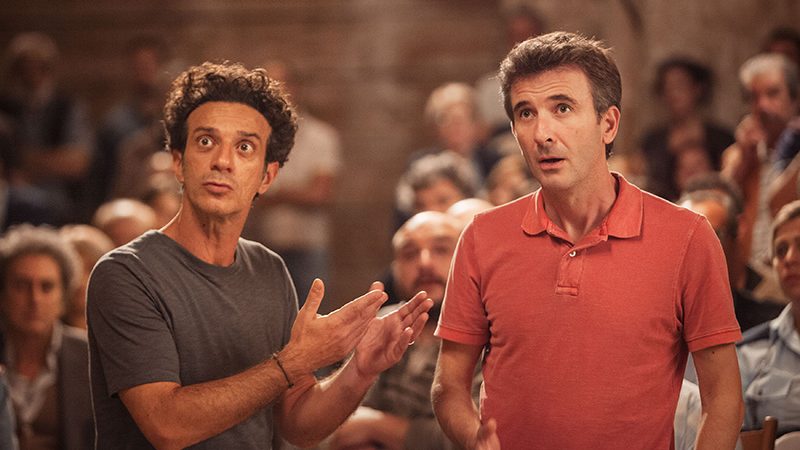 Sick of that burger and fries aftertaste from your movie diet? Why not try some shaved parmesan at the 2017 LAVAZZA ITALIAN FILM FESTIVAL! 28 flicks selected by Festival Director Elysia Zeccola are hitting town soon at Palace Electric Cinemas and BMA spoke to her to get the highlights of this year’s lineup.

Italians love their own cinema, with both the first and second biggest box office hits in 2016 being locally-made movies. As to what makes them special, Zeccola says, “When you see an Italian film, you don’t always know what you are going to get, or how it’s going to end. I love the non-formulaic, unpredictable way of watching films.”

From the 12 films announced so far, there is a strong emphasis on comedy including the film Let Yourself Go. “We haven’t screened a screwball comedy in a while,” says Zeccola. “And I think this is really fun and will be a great opening night film. There are also fantastic dramas, with a really chilling film based on a true story called Sicilian Ghost Story. I think there’s a real balance between comedies and dramas.”

The range also embraces social drama, romance, crime drama, and even a sci-fi comedy hybrid in Wife & Husband (Moglie e Marito). In this film, a botched experiment sees the male and female bodies irreversibly swapped, so they are forced to live as each other. How the famous Italian machismo deals with such a situation will be something to see!

“You don’t always know what you are going to get, or how it’s going to end.”

Various regional differences are embraced by the range of films. “There are definitely dialects throughout the different films,” says Zeccola. “The standout film Indivisible, about conjoined twins with the parts played by real life twin sisters, is set in Napoli, and I definitely heard a lot of Neapolitan dialects in this film.” (Indivisible was also nominated by Zeccola as her pick of the Festival).

There is an Australian connection to this year’s festival, as Greta Scacchi (who grew up in Perth) appears in the film Tenderness. Scacchi will also be traveling here to appear as the Festival Ambassador and will be doing Q&A sessions about her film.

There will be special events too, including the opening night Let Yourself Go with pre-flick drinks and an after party with munchies and surprises from the sponsor. Mid-festival, there will be cocktails to celebrate the biopic Dalida about the Italian-Egyptian disco singer, and more drinks on closing night, marking the 20th anniversary of the film Life is Beautiful.

The Lavazza Italian Film Festival 2017 is on at Palace Electric Cinemas from Thursday September 14 to Sunday October 8. For details of films, sessions and prices see palacecinemas.com.au.