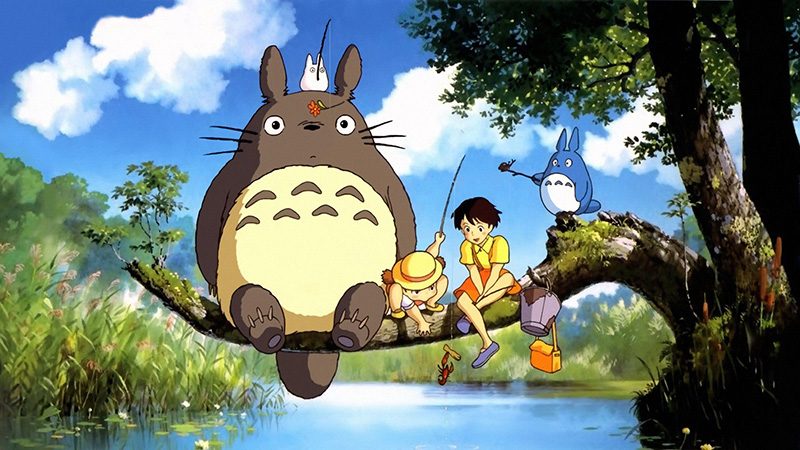 Studio Ghibli is one of the most beloved animation studios in the world, second only perhaps to Disney. Works like My Neighbour Totoro and Spirited Away are iconic, while Ocean Waves has never been screened in Australia. This year for the first time, the entire Ghibli catalogue will be coming to Australia with CELEBRATE STUDIO GHIBLI.

Tim Anderson is the founding father and Managing Director of Madman, who is bringing Celebrate Studio Ghibli to our screens. Understandably, he has a lot of strong feelings about Studio Ghibli, and why people love their movies. “They have a vision and talent that is uniquely their own. They’re a creative phenomenon, able to build worlds that feel timeless and strange, yet also warm, beautiful and filled with emotion.” They’re strongly rooted in Japanese culture, while eschewing many of the associated pop culture tropes. And of course, “there’s also the fact that the majority of their works are extremely well-refined and crafted.”

Reason enough for a celebration of Studio Ghibli. It has also been two years since the last Ghibli film hit our shores – “the public have been pining for more ever since,” Anderson says. “We naturally started to talk about the possibility of maybe bringing older films back, or even another showcase. Then, I guess we just got excited by the idea and started adding more films until we had everything and it became more or less a small film festival.”

There are some really popular Studio Ghibli films, and also other films that aren’t as well known. Given the whole collection will be available, what are the dark horses we should be booking tickets for, I ask Anderson. “Ocean Waves has never screened here before, so that’s very much one worth seeing for the Ghibli completist,” he says. He also lists many more: Nausicaä of the Valley of the Wind, Laputa: Castle in the Sky, Only Yesterday, The Cat Returns and Whisper of the Heart. “And anyone with an interest into how Studio Ghibli operates should absolutely see The Kingdom of Dreams and Madness.”

The mini film festival will open with a classic: My Neighbour Totoro. “Totoro was a natural fit, as we picked him as our mascot/icon for the festival. Who better to represent, really?” It will be preceded by short film Ghiblies: Episode 2 and music video On Your Mark. Both of these are a little more obscure, which will give the audience something new to see. And if that’s not enough, ticketholders will receive a print designed by Shaun Tan. “We’re really thrilled with what he’s come up with, and we’re sure those opening night ticket holders are going to leave the event very happy with their print. We can’t wait to reveal it to the public!”