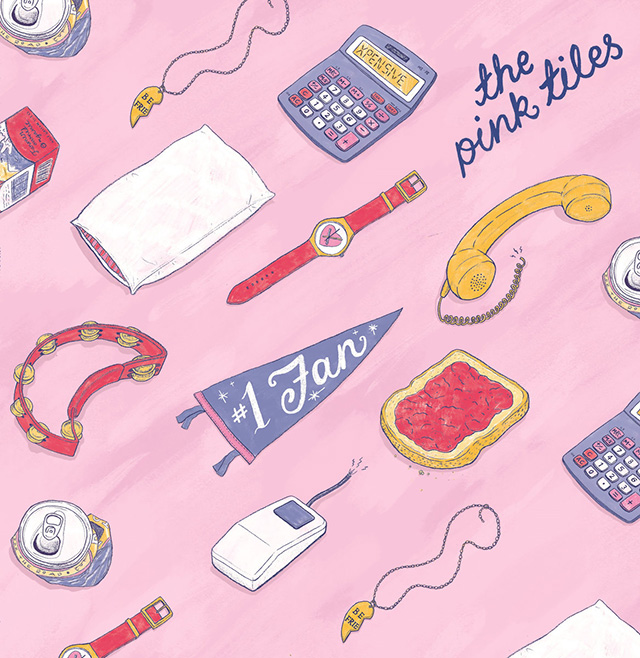 Melbourne garage pop band The Pink Tiles first launched their signature sound with a self-titled LP in 2014, employing an appealing mix of a 60s pop vibe with a more contemporary edge (courtesy of fuzzy effects). The band has continued that image of sequins crossed with black rock attire in its sophomore album #1 Fan.

Album themes range from the usual relationship issues, to events affecting the band, to technological overload via the internet. There are lots of winners in the track list, with the band exuding an infectious energy all the way. A playful buzz launches ‘Time for Love’, which grabs attention with its catchy tune and vocal harmonies. Take away the fuzz which shadows the singing, and it could be a 60s love song, but the effects present it firmly as a 21st century artwork. ‘Tell it to Her Straight’ appeals with its riffs and a great melody, with voices circling each other in the powerful chorus. There is a rockier edge to ‘Sammy’ (a band bio song) with licks pouring forth in a torrent, while ‘For the Road’ employs a shoegaze approach. ‘Writer’s Block’ comes across well with the floating melody in the vocals, dressed up with tinkling percussion highlights, while ‘Internet’ draws on the Sex Pistols for inspiration, with the song starting up with a nod to ‘Pretty Vacant’. The distorted vibe to the album is emphasised by ‘Expensive Hobby’, which sounds like a song on the radio, where the tuning is slightly off the exact station frequency. Closer ‘Weird and Strained’ lives up to its title, with slow, funereal keyboards announcing the passing of a relationship, with fuzzed-up electronic sounds as its death knell.