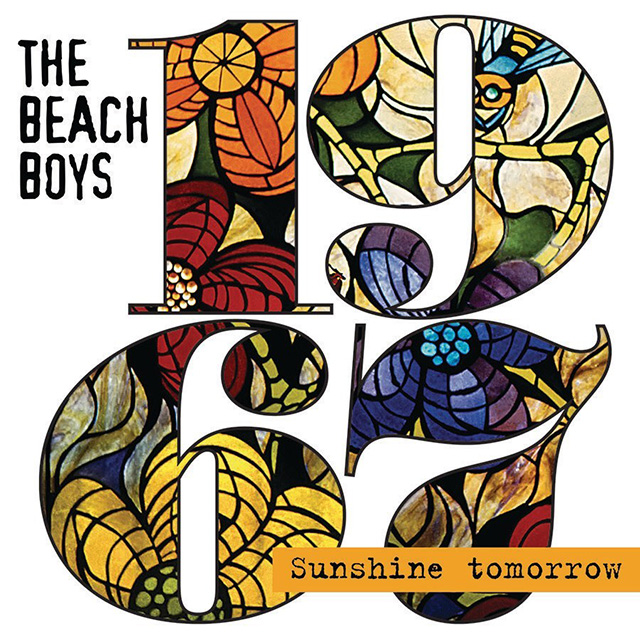 A decent amount of quality music was recorded in 1967, including The Beach Boys’ albums Wild Honey and Smiley Smile and this fertile year in the history of the band is the focus of this beautifully compiled two-disc set. But a number of recent stories in popular music magazines mentioned that The Beach Boys did not perform at the lauded counterculture Monterey music festival in what turned out to be a significant year for popular music innovation. The group was subsequently lumped in the perennially ‘uncool’ category, as on stage they seemed more interested in maintaining the striped shirt look and fun-in-the-sun pop tunes that had taken them to the top of the charts earlier that decade. Meanwhile, Brian Wilson sat at a piano planted in a sandbox in his living room and plotted some of the greatest music ever recorded.

In retrospect, this falling out with the hippie counterculture is somewhat amusing, as by 1967 Brian Wilson had not only conceived and written sublime pop music masterpiece Pet Sounds but had also been working hard on the strange, psychedelic follow-up Smile that was ultimately abandoned when it became clear that certain other Beach Boys and the group’s record company Capitol were only happy if Wilson continued to churn out endless variations of ‘Surfin’ Safari’ and kept any greater creative ambitions to himself – never mind that The Beatles’ universally acclaimed Sgt Pepper was directly influenced by Pet Sounds. The general lack of support Wilson received for the Smile project contributed to his well-documented breakdown, but his capacity for writing transcendent pop music never diminished, and shortly after Smile was shelved he reignited collaborative work with Beach Boys’ vocalist Mike Love that resulted in reworked Smile tracks for the album Smiley Smile and first rate rhythm and blues tunes on Wild Honey – many sessions from both appearing here.

These days, much fuss is made when mono mixes from 1960s bands see the light of day, but this was a standard format for The Beach Boys as Brian Wilson had been hugely influenced by auteur producer/songwriter Phil Spector and it was therefore inconceivable that the music could be presented in any other way.

So, the selling point here is Wild Honey remastered in stereo which does illuminate musical details otherwise unheard and it still sounds great. The inclusion of previously unreleased sessions from this era are the icing on the cake and it would seem that despite the onset of personal difficulties, Brian Wilson remained on top of his game when it came to composition and arrangements. These had been elaborate when Smile was coming together – simple melodies with weird and wonderful harmonic flourishes – but Wild Honey marked a return to the rhythm and blues roots of the early days with tasty soundbites such as ‘Darlin’ and ‘I Was Made to Love Her’ that dropped psychedelic ultra-awareness in favour of short, sharp honey-coated pop bombs that sounded bang-on every time.

The second disc includes unreleased Smiley Smile sessions that provide an insight into the harmonic complexity of what could have been the most musically creative album The Beach Boys ever recorded if only the progressive experiments conjured by Wilson and collaborator Van Dyke Parks had been allowed to develop. Nevertheless, what we find here is a group that at times allowed themselves to interact with a heightened melodic vision, and the alternative versions and backing tracks on offer reveal an openly creative playfulness that is often satisfying for committed listeners wanting that little bit more. The bonus live material is an added delight and had fate not intervened there is little doubt that The Beach Boys would have been applauded for creating the sound of a brave new world if only they had appeared alongside the likes of Jimi Hendrix, Janis Joplin and The Who on the Monterey festival stage all those years ago.