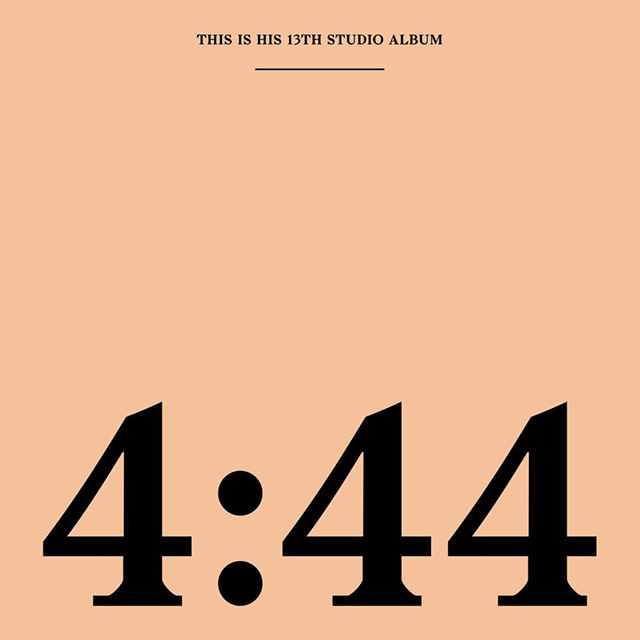 This year, for the very first time, hip-hop has overtaken rock music as the biggest genre in the United States. This has many implications, all of which are exceedingly obvious to anybody who has paid attention to the industry over the last decade. “We the new rock stars,” is what Kanye West babbled in 2013, and surprisingly he wasn’t wrong. No longer a subculture struggling for breath in a whitewashed world, hip-hop is everything rock music was – glamourous and insolent, innovative and offensive, mysterious and socially passionate. Until we start hearing the phrase dad-rap, releases like Jay-Z’s 4:44 are the musical blockbusters of today.

Jay-Z’s latest LP is only partly the apologetic reflection of Beyoncé’s Lemonade; it’s also the return to form that Jay-Z fans have been praying for. Gone is the lazy billionaire rap of 2013’s aspirationally-titled Magna Carta Holy Grail and in is a tight focus never seen before from the rapper. The record benefits hugely from its tight 36-minute running time, with many tracks burning less than three minutes. Jay has a subject agenda to run through and he kicks off ‘Kill Jay Z’ by ticking off his number one priority – himself. The self-examination is enhanced by its clarity; list off the guilt and kill the ego (“You can’t heal what you never reveal”). Briefly, but oh so tantalisingly, a strong hint is also given to his former brother in arms Kanye West (“‘Fuck wrong with everybody?’ is what you sayin’, But if everybody’s crazy, you’re the one that’s insane”).

The egotistical conception of the self is touched on many more times throughout: in the reggae bounce of ‘Caught Their Eyes’, Frank Ocean’s chorus is likely the only mainstream reference to solipsism you’ll hear this year, while Jay-Z spits a keen awareness of the savagery of the business (“Round friends who kill they friends, then hug their friends’ mothers”). But that’s not to confuse Jay-Z’s full position on ego. The dancehall of ‘Bam’ bombastically reinforces that “Sometimes you need your ego, gotta remind these fools, who they effin’ with, and we got FN’s too.” What differs here is a confidence of identity, not arrogance. The beats on this record, produced solely by long-time collaborator No I.D. (an unusual choice in the era of production lists as long as Crime and Punishment) are superlative yet misshapen fragments of chipmunk soul, spinning choppy spoken word on race and adultery as contextual triggers. Highlight ‘The Story of O.J.’ plays off tangled ivories and a jagged Nina Simone sample while Jay-Z’s voice lilts and pauses: “O.J. like, ‘I’m not black, I’m O.J.’ … okay?”

Drawing from this honest and unhurried flow, the title track and lyrical centrepiece is his apology to his loving but scorned wife, Beyoncé. Fascinatingly, ‘4:44’ dodges contrivity as Jay-Z drags himself through a field of broken glass, languishing in alleged infidelity and chronic underappreciation of his partner (“What good is a ménage à trois when you have a soulmate?”). The song carries rare and affecting nuance, traversing the most public relationship in the world with proverbial remorse (“Like the men before me, I cut off my nose to spite my face”).

Where the record fails however is in its old-school attitude toward a new generation of artists, patronising their approach to finance and racial identity. Taking potshots at the younger class as Jay does with great frequency on flailing cut ‘Family Feud’ isn’t flattering, and highlights the glass echo chamber in which the middle-aged rapper find himself.

On 4:44, Jay-Z kills the ego to shock it back into life with new-found gratitude and relaxed consideration, but nevertheless maintaining his position as the man of his own affluent and grandiloquent dreams.

Support Joshua Martin on Patreon!
9% complete
When we reach $500 per month we will begin the official BMA Podcast. This will include interviews with some well-known musicians and artists, tips and tricks for publishing in print and online, as well as other discussion topics around Bands, Music and Arts in Canberra!