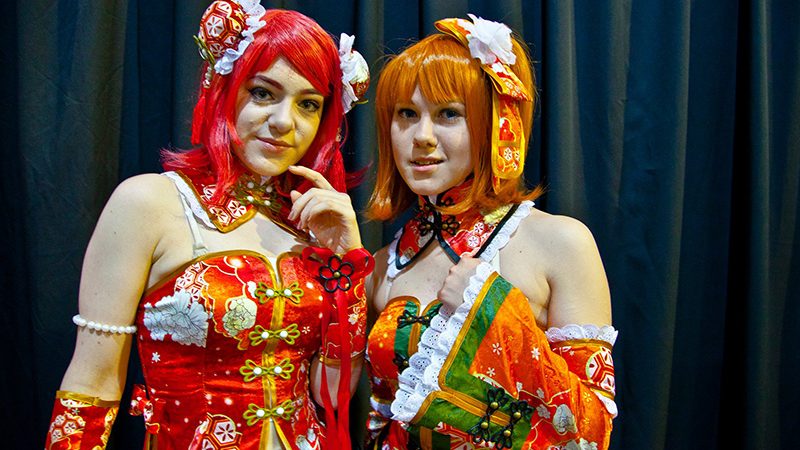 I saw a Storm Trooper, Ash Ketchum, Crash Bandicoot, Heath Ledger’s The Joker, Rorschach of Watchmen, Spider-Man, an Ewok, Eleven of Stranger Things and five different Harley Quinns … No, I was not hallucinating after a sick night out at Civic. I was standing within GAMMA.CON, the ACT and Southern New South Wales region’s biggest pop culture event!

Dozens and dozens of stalls set up selling merchandise of Rick and Morty, Deadpool, Nightmare On Elm Street, Star Wars, every Pop Vinyl figurine imaginable and even Battlestar Gallactica lunchboxes. GAMMA.CON was about inclusion, and it was hard to pass by a couple of cosplayers without overhearing an exchange of compliments, small talk of thread counts and how many sleepless nights it took them to create such lifelike costumes.

A string of ancient video game consoles were set up in the free play area including Nintendo 64, Sega, Super Nintendo and GameCube for all who wanted to take a trip down 8-bit memory lane; or for the futurist gamers we were treated to VR headset displays. It is always sadistically fun watching kids jolt and jump in their seats as 3D sharks and monsters pounce at their lenses.

The special guests included Spawn Point hosts Bajo, Rad and Goose who provided a lengthy Q&A session. Workshops were conducted by professional cosplayers Henchwench and A.K. Wirru, who have both won multiple awards for their elaborate costumes and dedication to their fictional idols. A staggering amount of home grown comicbook writers, artist and illustrators attended including Matt Kyme (That Bulletproof Kid), Angie Spice (Courier: The Adventures of Geraldine Barker) and Darren Close (Killeroo) just to name a few. There were panels discussing video game movies and anime features of yesteryear, or if you just wanted to kick your feet up there were screenings of Rick and Morty season two, Venture Bros season six and numerous animated movies.

GAMMA@Night provided the adult’s entertainment at 4:30pm onwards, kicking out all the younger patrons and allowing us over 18-ers to let loose. The entrée was the superb ACT Comedy Showcase, giving us a taste of young stand-up talent. The main course was the alluring performance of Nerdlesque – Canberra’s leading burlesque with a hint of nerdy outfits and routines. Can you really resist some Star Trek or DC Comics-inspired hip shaking and sultry winks? If you love all things gaming and ‘nerdy’, this is the place to be.