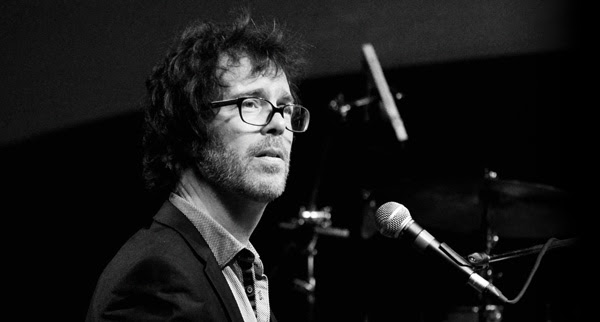 Lauded singer-songwriter and piano-pop maverick, Ben Folds, has announced he will return to Australia in 2018 to take in theatre dates around the country. Folds is set to play at Canberra Theatre Centre on Wednesday February 7, as well as a list of shows in other venues around the country.

Tickets are now on sale at Canberra Theatre Centre.

Folds is widely regarded as one of the major music influencers of our generation, and certainly one of its most compelling live performers. In an enduring love affair with Australia spanning more than twenty years, including a period when Folds called Adelaide home between the years of 1999 and 2006, has expanded his dedicated fan base with each visit.

In 2018, the virtuoso will bring his two-part solo piano show to Capital Cities around the country, delivering a high-energy rock performance using the intimacy of just a piano. For the first half of the show, Folds will curate a playlist armed with a songbook spanning his entire career, likely to include hits like ‘Brick’, ‘Rockin’ The Suburbs’ and ‘One Angry Dwarf and 200 Solemn Faces’.

In the concert’s second half, Folds will hand over the reins to his fans for a Paper Aeroplane Request set, during which audience members will be encouraged to write their song requests onto a piece of paper, to be folded into a paper plane and launched onto the stage on cue. Folds will then randomly select and perform the songs requested.

Throughout his career, Folds has created an enormous body of genre-bending music that includes pop albums with Ben Folds Five, multiple solo albums, and collaborative records with artists from Sara Bareilles and Regina Spektor, to William Shatner and novelist Nick Hornby. His most recent album, a blend of pop songs and his Concerto for Piano and Orchestra, soared to #1 on both the Billboard classical and classical crossover charts.

A fitting achievement considering that for over a decade, Folds has shared the stage with some of the world’s greatest symphony orchestras. In May of this year, he was appointed the first ever Artistic Advisor to the National Symphony Orchestra at the Kennedy Centre. This is in addition to membership to the Board of Directors of one of America’s most respected symphony orchestras, the Nashville Symphony.

He has appeared on US late night television staples such as Late Night with Conan O’Brien, Late Night with Jimmy Fallon, The Late Show with David Letterman, and in 2015, performed at a special Mother’s Day concert at the White House for Michelle Obama.

Folds’ blend of distinctive vocals, deft musicianship, witty lyricism and high-octane onstage energy will be showcased in their purest and most spontaneous form in these solo performances.

For die-hard Folds fans and curious newcomers alike, there’s no better way to experience one of the most distinctive singer-songwriters of the last 25 years.