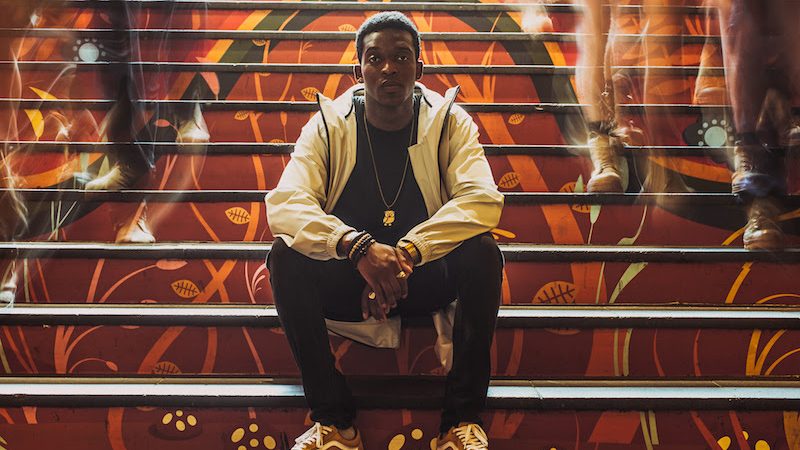 Charismatic and hugely motivated Canberra rapper Citizen Kay has revealed details of his new LP, Belly of the Beast. It’s coupled with a headline tour, including a show at Transit Bar on Saturday October 14. Tickets will go on sale at Moshtix soon.

Since dropping sunny first single ‘These Kicks‘ and announcing his signing to Illy’s ONETWO label (a joint venture with Unified Music Group), Citizen Kay has been hard at it, hiding away in the studio like a crazed word-doctor making sure his forthcoming LP is exactly as he envisioned. “A lot of time was spent choosing my words, and how I wanted things to be said,” says Kay of the writing process. “I challenged myself more, as a wordsmith and poet on this album.”

Belly of the Beast is a personal record, incorporating themes of introspection and reflection, as well as the fine line between ego and confidence. Taking his time with each track, Kay dug deep into his own psyche, with the firm intention of harnessing his strengths and accepting his weaknesses. Significant emphasis was put on perfecting the flow and tracklisting, resulting in a cohesive, authentic record that packs a serious punch.

Rapper, songwriter, producer and multi-instrumentalist, Citizen Kay migrated from Ghana to Australia at six-years-old, and has made it his life’s mission to make music that blends traditional hip-hop with the soothing sounds of soul, jazz, blues and rock. This cohesive and confident new release will further entrench him as a boundary-pushing artist, continuing the run to greatness that’s seen Kay collect ARIA nominations for his Demokracy EP (2014) and With the People LP (2015).

Fans of these fresh and passionate sounds can catch Citizen Kay careering through a whole host of regional areas on tour with his good pal and label mate Illy, or at his own headline club shows throughout October and November. An undeniably charming and dedicated performer, Citizen Kay has shared stages with some of the best: Ice Cube and Public Enemy, Run The Jewels, Danny Brown, Wiz Khalifa, Earl Sweatshirt, plus Aussies Tkay Maizda, Seth Sentry and more.

Its a rough and tumble world out there at present, but Citizen Kay’s deft rhymes and bombastic attitude are going to actively convince you that, really, we’re all going to be OK.

Fans of big-hearted, intelligent, party-time hip hop can pick up Belly of the Beast via ONETWO on August 25, in time to catch him on tour nationally with Illy and on his own headline dates.