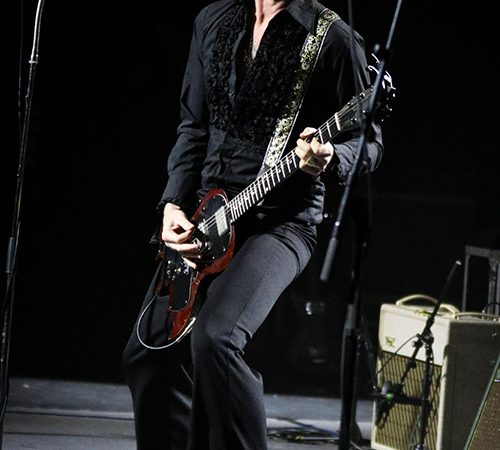 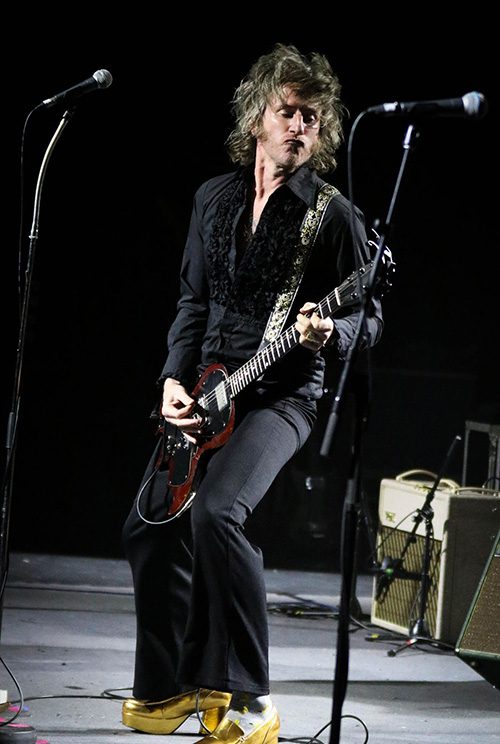 “Not that it’s a competition or anything,” Tim Rogers made the call during You Am I’s set. With two classic Oz rock bands on the bill it was enticing to make comparisons over the evening. Rogers was again in fine form with his banter between songs enhancing the show and continuing to prove himself as one of our nation’s finest front people. “I bumped my head backstage on a prostitute and stole her heels,” was how he explained his choice to adorn golden heels. “I spilt my glass,” his explanation for swapping from a glass to a bottle as he swigged his white wine between songs, exchanging his Batman-shaped guitar with the roadie before launching into ‘Friends like You’.

Their set tonight contained a few lesser-known tunes but as a live act who aim to please they pulled out ‘Mr. Milk’, ‘Cathy’s Clown’ and ‘Berlin Chair’ in the second half (no ‘Purple Sneakers’ though). His shoutout to Smith’s Alternative and ANU’s Toad Hall ensured we got a locals show too. It was great to see people up front of stage early as their set really did feel like you should have been in a pub getting beers spilt on you.

This continued for the Hoodoo Gurus as the crowd front of stage and in the aisles grew like tall grass around the seated. The sludge rock continued but now with a surf tinge to it. The hits kept coming as the set went on and by the time they gave us ‘My Girl’ and ‘Come Anytime’ there wasn’t much room left front of stage. One front row fan’s passionate singalong to ‘Bittersweet’ demonstrated how much this band means to dedicated fans. Encore tunes ‘What’s My Scene’ and ‘Like Wow Wipeout’ ensured they had the majority of us out of our seats. Both groups, and the crowd, proved tonight may have been more suited to a less seated venue. In the end, great live rock was the winner.