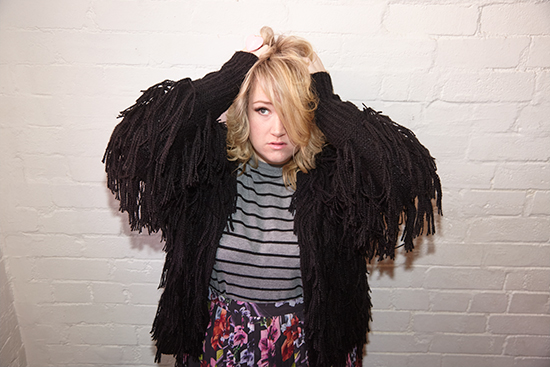 Rosie Waterland has announced a tour for her brand new show Crazy Lady, with her first stop at Canberra Theatre Centre this September. A best-selling, award-nominated author, columnist, TV host, comedian and screenwriter, her hilarious satirical recaps of The Bachelor Australia made her a household name, with 6.6 million unique clicks and half a million shares from the first season alone on the phenomenally popular pieces.

After selling out a run of Melbourne International Comedy Festival shows and a national tour with her debut one-woman show My Life On The Couch (With Vodka) last year, Rosie is back with her brand new offering Crazy Lady, “describing in detail, every lie I’ve ever told”.

Rosie’s irreverent brand of humour has been applied to topics including feminism, pop culture, body image, television, mental health and more. Her first book, The Anti Cool Girl, published by HarperCollins in 2015, was a critically acclaimed national bestseller, shortlisted for the 2016 Indie Book Awards and for the 2016 ABIA Awards for Biography of the Year, and also shortlisted for the 2017 Russell Prize for Humour Writing. She was named Winner of the 2016 ABIA Awards People’s Choice for the Matt Richell Award for New Writer of the Year. The Anti Cool Girl sold over 45,000 copies in its first five months in stores, and Rosie’s highly anticipated follow-up Every Lie I’ve Ever Told will be published on July 24.

Rosie’s work has been published by the Mamamia Women’s Network (where she was a senior editor until 2015), Huffington Post US, UK and Germany, Role Reboot, Cleo magazine, Cosmopolitan magazine, Harper’s Bazaar, Sunday Life and Spectrum. Along with her own books, Rosie’s work has been featured in several popular anthologies. She is currently developing a television series and is working on her first podcast. Rosie co-created and co-starred in ABC’s satirical political documentary series What’s Going On: With Jamila Rizvi and Rosie Waterland.

One of Australia’s most candid comedic talents, Rosie has already gathered a devout online following with over 171,000 followers across Facebook, Twitter and Instagram, and now she’s set to expand her legion of fans on the live stage all-over again. This Crazy Lady is sure to sell out fast, so book in early and don’t miss out!