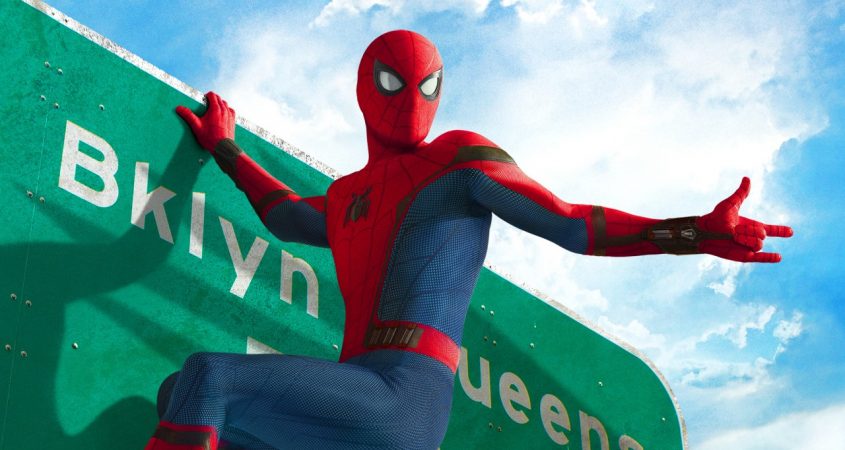 Andrew Myers
Andrew is a self-proclaimed lover of music, movies and cats. He was the recipient of the Best Short Story award for the University of Canberra's anthology First: Pulse in 2014, and is now a contributor at BMA.

It’s a bird, it’s a plane – no, it’s the third reincarnation of Spider-Man! Spider-Man: Homecoming picks up where Captain America: Civil War left off with the surprise introduction of the web slinger to the Marvel cinematic universe (on lease fom Sony, apparently).

English actor Tom Holland embodies Spider-Man wonderfully as the bashful teen who yearns to stand next to the Avengers as a serious member but is held back by adolecence, naivety and his latest foe Vulture! (Played by Michael Keaton – Batman, Birdman, who dons the cowl and wings again.) Vulture aims to weaponise alien technology left in the wake of the first Avengers movie in 2012. Though we’ve seen this plot before it feels fresh as it’s told from a smaller scale. The stakes aren’t Avengers-level high, but enough for Spider-Man to call upon Iron Man occasionally who acts as a mentor/familiar faced cameo. There’s a similarity between Spider-Man and the Vulture as both are small time vigilantes who want a bigger piece of the pie. The movie does have more of an Ant-Man feel as 65% of it is humour that is sometimes shoehorned in tighter than Spidey’s red and blue spandex, but makes up with the well known characters and escalating action.

Homecoming is a welcomed addition to the MCU, though at times feels rushed or diluted for fan service. My spidey senses are tingling for multiple post-credits scenes…

Support Andrew Myers on Patreon!
10% complete
When we reach $500 per month we will begin the official BMA Podcast. This will include interviews with some well-known musicians and artists, tips and tricks for publishing in print and online, as well as other discussion topics around Bands, Music and Arts in Canberra!