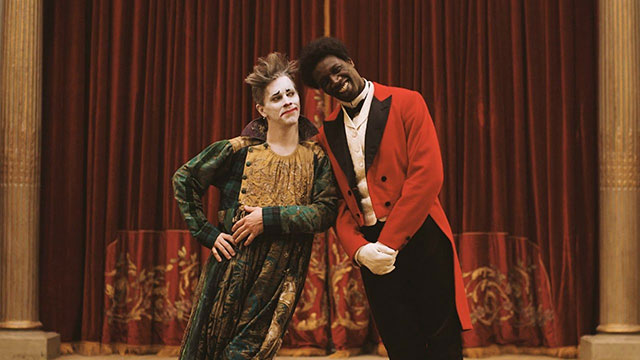 Monsieur Chocolat is a period showbiz drama that tells the story of Rafeel Padilla, a former Cuban slave who is discovered by George Footit, an English clown down on his luck and fighting for employment. Seeing the potential of a straight man-funny man double act, Footit creates “Footit and Chocolat”, and crowds react with enthusiasm. There are tensions, however, underlying the mega-successful partnership, and eventually individual egos and ambition threaten to thwart the duo.

Simply titled Chocolat in its native France (but no doubt undergoing a name change to avoid confusion with that god awful 2000 Lasse Hallström film that just won’t leave the memory … but I bitterly digress), Monsieur Chocolat ticks all the boxes to appeal to those who love a standard biopic. It’s an interesting story (the history of which is not well known in Australia), visually fetching and comedically entertaining (even though one feels uncomfortable whilst laughing at some of the more racially charged performances of Footit and Chocolat). The message is one that middle-class Canberran folk can tut-tut at (safe in the knowledge that they’d never be that discriminatory).

The main criticism I have is that it is a little too long (once the duo inevitably break up, the narrative loses momentum and feels like it is depicting scenes out of necessity rather then artistic value), but overall, this small-release arthouse film is worth checking out.