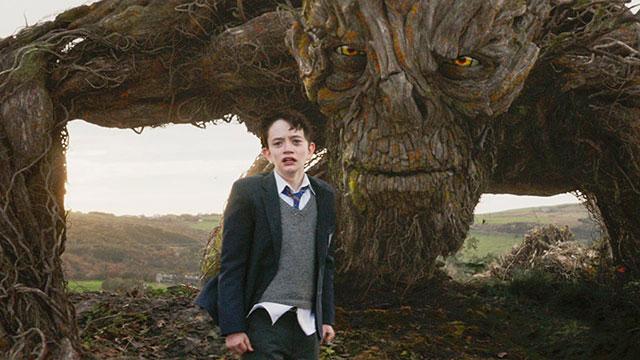 A Monster Calls is the engrossing tale of Connor (newcomer McDougall), a young British boy who is enduring a confusing time of his childhood. His mother (Jones) is dying, he is being bullied at school, and his grandmother (Weaver) is placing pressure on him to accept the inevitability of his mother’s death.

Help to guide Connor through this period comes from an unusual and unexpected source: an old yew tree in a cemetery visible from his window. As voiced by Neeson (and what a voice it is), the tree is there to tell Connor three stories. In exchange, Connor must tell the tree a story of his own.

As a tale to help children deal with emotional issues, A Monster Calls rates up there with Inside Out. Where the Pixar classic dealt with anxiety and depression, this film expertly and compassionately guides us through grief and anger. You can’t help but be caught up with young McDougall’s audacious performance, along with the supporting performances – Jones will break your heart, Weaver has a significant scene towards the end showing the reasons behind her motivations, and Neeson is a terrific, soothing storyteller.

Whilst very young children will be scared at some of the scenes in A Monster Calls, it’s a magnificent tale for parents and their older children to sit through together. On top of that, it’s a compelling, cathartic and thrilling movie for all audiences.