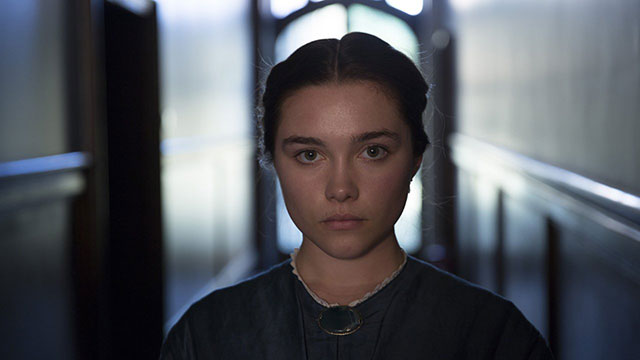 Ever wondered what Lady Macbeth was like before she wedded (not so) worthy Thane Macbeth? I have…

Katherine (Florence Pugh in the titular role) is a young woman who has been married off to a much older man. Despite being a person of means and status Katherine is subjected to the whims of the men around her and finds herself dissatisfied with her abusive marriage (funnily enough). It is 1865 and self-actualization for women is almost impossible to come by. What’s a woman to do? Well, start a passionate affair with another man and when that goes tits up take control with power, manipulation and straight up lies.

Katherine, along with other notable characters of this era, is compelling to watch because she refuses to live as she has been told to and employs creative and sometimes lethal strategies to get what she wants. Unquestionably she is a morally corrupt figure, however no more so than the men in positions of power around her. It’s difficult not to feel a kind of disgusted admiration for her absolute refusal to take any shit and additionally, have much sympathy (barring one or two exceptions) for the men who inflict their agendas on her.

This film is a slow burn however the climax makes the two hours spent in the theatre completely worth it. A fantastic period piece that lingers well after the house lights have come up.

Support Emma Robinson on Patreon!
12% complete
When we reach $500 per month we will begin the official BMA Podcast. This will include interviews with some well-known musicians and artists, tips and tricks for publishing in print and online, as well as other discussion topics around Bands, Music and Arts in Canberra!