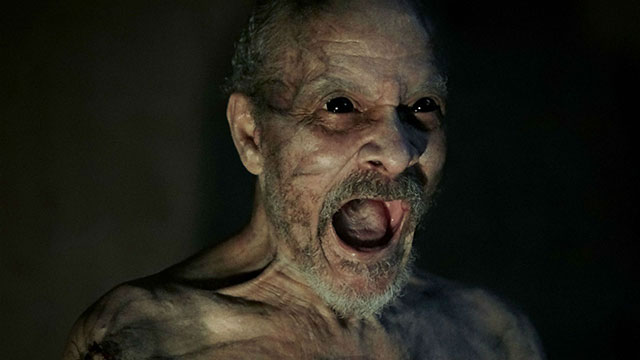 Turgid paranoia trumping the best of intentions is the central theme of director Trey Edward Shults’ creepy dystopian film It Comes At Night.

Paul (Joel Edgerton) carefully guards his home and family from an unseen and unexplained threat that terrorises the planet. When another man (Christopher Abbott), desperate for food and refuge for himself and his family turns up, Paul is guarded but eventually opens his home to these refugees of the new world order. Despite both families having no intention to deceive the other, paranoia becomes rife (as it often does when resources are at a premium) and the fragile stability within the house is threatened by both outside forces outside and rampant mistrust inside.

Viewers wanting a monster film will leave the theatre disappointed. This is not a John Carpenter esque movie wherein the characters are stalked by an unseen monster and the focus is on figuring out what kind of creature is lurking out there. This movie is a study in what human beings are capable of when pushed to their limits. Get between a person and their last litre of water and the gentlest of souls will becomes bloodthirsty.

Personally, I would have enjoyed a little more focus on the monster (or whatever it was), or at least, to have known more about what kind of film I was walking into. Nevertheless, it’s creepy, slightly gross enjoyment.

Support Emma Robinson on Patreon!
12% complete
When we reach $500 per month we will begin the official BMA Podcast. This will include interviews with some well-known musicians and artists, tips and tricks for publishing in print and online, as well as other discussion topics around Bands, Music and Arts in Canberra!