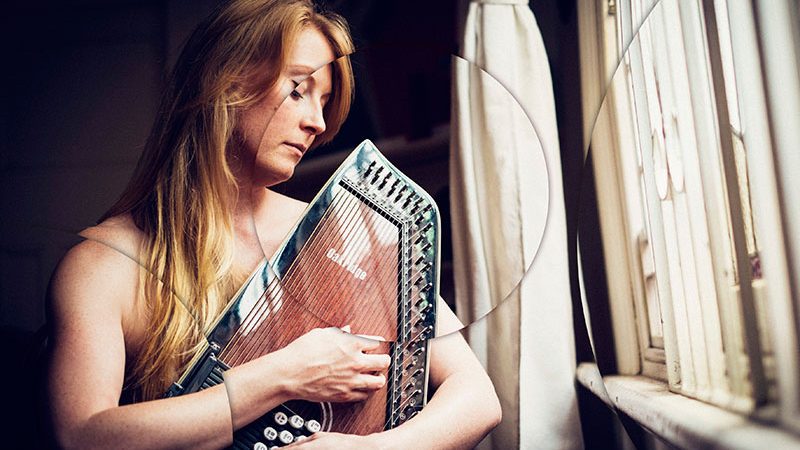 Since moving to the big smoke, Canberra’s very own JULIA JOHNSON has been quietly whittling away at a new sound which was released last month. Johnson’s first solo single ‘Melissa’ pays tribute to childhood memories and warped rumours, and is a whole new sonic world where voices, saxes and synths collide with antique folk instruments.

“I knew I wanted to keep going. I wasn’t the seventeen-year-old sneaking in to pubs to play gigs anymore. The Deep Sea Sirens was a chapter I was incredibly proud of, but I was growing out of those songs,” she says.

“When Sarah took the production helm, the songs opened out in front of me. Working with Sarah has had a huge impact on me creatively. She has incredible vision and helped me to shape ‘Melissa’, taking the song from hazy sketches and descriptions, crafting it in to a realm which I couldn’t have taken it to on my own.

“The Deep Sea Sirens was a chapter I was incredibly proud of, but I was growing out of those songs.”

Since moving from Canberra, Johnson has spent the past few years between Berlin, the Hawkesbury and Sydney, where she is currently based.

“I needed to get out of my comfort zone. The new songs are coming from a different place, and it has taken a long time to build the new palette I’m now making music from. Writing all new material has been liberating and fun, but, also quite uncomfortable because new territory is not as easy to navigate.”

This time around, instead of chronologically building songs from the guitar up, Johnson hummed her captured tunes into her phone and hit the studio with an autoharp. With Scandinavian folk and British plainsong influencing her melodies, you can see why Sarah Belkner couldn’t say no when a demo of ‘Melissa’ showed up.

“I feel more free to explore those delicious blurry areas where folk and electronic music meet in the studio, and on stage to take the songs to slightly experimental places. Lyrically, I’ve become more fascinated with imagery, trying to give more space to the listener to interpret. They’re new songs, still finding their life and breath on stage. I’m reveling in that fresh feeling, where each night the songs will feel different and unwieldy.”

Johnson will be taking ‘Melissa’ and her suite of new songs on the road in a series of solo performances including Canberra this winter.

Catch JULIA JOHNSON at Smith’s Alternative on Saturday July 22 from 9:30pm, supported by BONNIESONGS (SYD/IRE) and THE BURLEY GRIFFIN. Tickets $10/$15 through smithsalternative.com.

Liked it? Take a second to support Keren Nicholson on Patreon!

Support Keren Nicholson on Patreon!
12% complete
When we reach $500 per month we will begin the official BMA Podcast. This will include interviews with some well-known musicians and artists, tips and tricks for publishing in print and online, as well as other discussion topics around Bands, Music and Arts in Canberra!