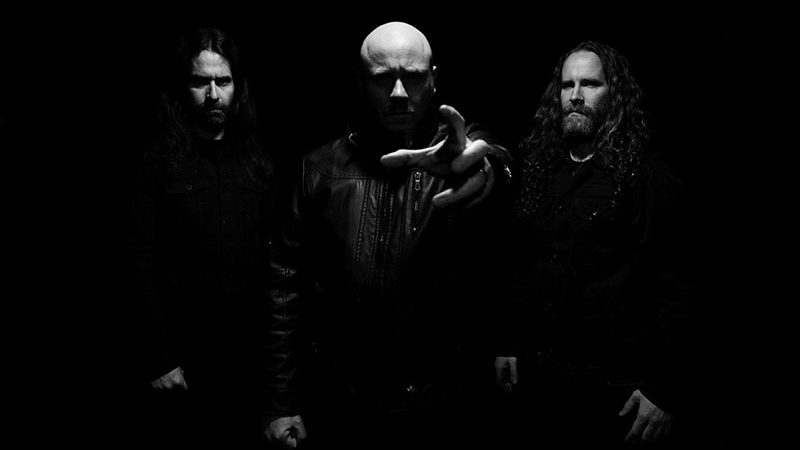 KING are a relatively new band on the Australian metal circuit, but one that comes with a deep pool of experience from some of Australia’s most beloved and storied extreme metal bands.

The core of the band were well acquainted with one another prior to forming in 2015. Dave Healy, a storied drummer from bands Psycroptic and Ruins, also played with King vocalist Tony Forde in Blood Duster for a number of years. Tony also sang in King guitarist and main songwriter Dave Hill’s outfit The Day Everything Became Nothing. Together, and on their own, they have travelled Australia and the globe several times over.

The line-up began writing together with a shared love of Scandinavian black metal which they have blended with their own varied flavours of death and grind influences. The metal they forged is a unique take on a modern melodic black metal and was poured into their 2016 debut album Reclaim The Darkness.

Speaking with Dave Hill, things seem to have gone very well indeed. “We have received a lot of positive reviews in the metal media both here and abroad and the feedback from the metal community on social media has also been great. The album was nominated for Best Heavy Album 2016 for The Age Music Victoria Awards as well, so this past ten months since the release has been extremely rewarding.”

“Our vision for King is absolute, there will be no veering from the path of our existing sound.”

The album also got King signed to Norway’s Indie Recordings label that includes Carpathian Forest, Satyricon and Kvelertak to name a few and has seen the band take a professional approach plainly apparent in their video and live presentation. That approach has been taken behind the scenes too.

“We’ve taken a more professional approach with touring and the logistics involved,” says Hill. “Rather than playing shows randomly here and there, we’ve spent more time and effort planning ahead, arranging tours specifically timed to coincide with released dates and label’s PR plans, etcetera. It’s been great to have Direct Touring behind most of our shows so far, keeping everything super organised.”

With the album out for nearly a year, the band have seized on the momentum to keep things moving along.

“Our vision for King is absolute, there will be no veering from the path of our existing sound apart from striving to better our debut. We’ve made significant progress towards the writing of a second album, the inspiration has been there for us, so we’ve forged ahead. We’ve recorded demos of new material, will begin pre-production in the coming months. We have no firm timetable at this stage, we’re hoping for a 2018 release but that also depends on what Indie Recordings has planned for next year.”

The band’s line-up is completed by bassist Cam Roberts who also plays lead guitar with touring mates Blackhelm. With the band building toward a global assault in the near future, you need to get along to their first Canberra show at the Basement on the 19th of August.

KING hit The Basement on Saturday August 19 from 8pm, supported by BLACKHELM, SOMNIUM NOX, CLARET ASH and BLACK MOUNTAIN. Tickets $20 on the door.

Support Josh Nixon on Patreon!
15% complete
When we reach $500 per month we will begin the official BMA Podcast. This will include interviews with some well-known musicians and artists, tips and tricks for publishing in print and online, as well as other discussion topics around Bands, Music and Arts in Canberra!