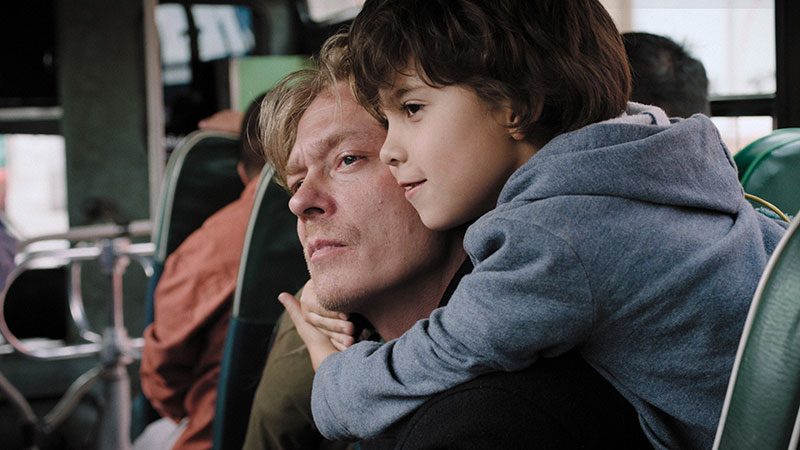 “I’ve been around the world and I’ve seen so many great Scandinavian films – I wondered why there was no Scandinavian Film Festival,” she says. “Because there are so many wonderful films coming from Scandinavia and they weren’t getting screened here.” While Zeccola isn’t Scandinavian, she assures me that she is a cinephile and a film buff.

There’s no better time for the Scandinavian Film Festival, with a surge of great Scandinavian television – particularly Nordic noir – available on our screens. “Nordic noir is really popular here,” Elysia says, naming it as a key factor in why people might decide to come along to the festival. “Opening year, we had 20,000 visitors, last year, we had 30,000.”

“European films don’t have all the bells and whistles and explosions, they are much more refreshing.”

But while some might come for the noir, they stay for the humour. “Scandi humour is very deadpan, which I think appeals to Australian audiences,” Zeccola says. “Characters are really well-drawn, and it comes down to the quality of story and acting. It’s about story, and you get really drawn in to a film. Compared to American films, European films don’t have all the bells and whistles and explosions, they are much more refreshing. There is more space, and more realism.”

Zeccola is passionate about bringing cinema from around the world to Australia. While it may be easier to stay at home and watch Australian television, she says (“not to sound preachy”): “it’s about diversity and experiencing other cultures. Watching what happens in other parts of the world is an amazing way to experience different things.”

If you’re still on the fence, Zeccola recommends the opening night film, which is “always great.” The Other Side of Hope, directed by Aki Kaurismäki, is “droll, melancholic and melodramatic,” but at its heart, optimistic. It is also topical: in Helsinki, Wikström invests in an unprofitable restaurant – meanwhile, a Syrian refugee, Khaled, has been refused asylum and is living in the storage space of said restaurant. A bonus to attending opening night is the sparkling elderflower cocktails on arrival, and an afterparty with Scandi tunes and smørrebrød.

“We’re trying to create experiences, and to bring people together. That experience can’t be duplicated at home.”