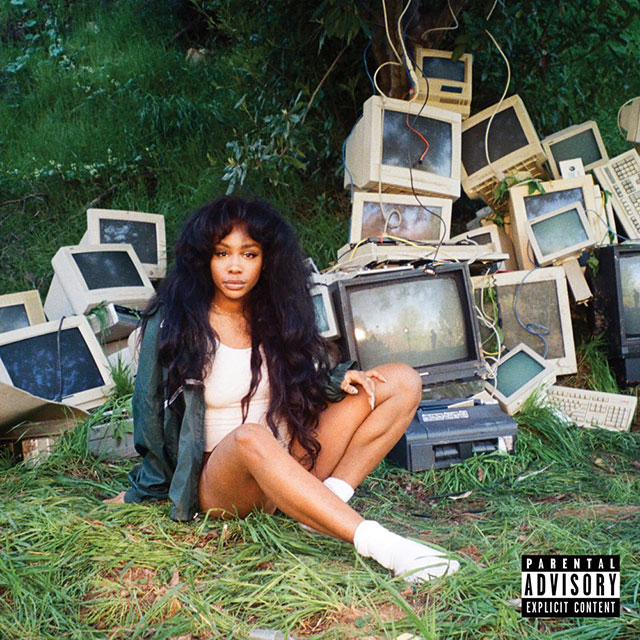 Ctrl’s been a long-time coming. SZA, who dropped debut project See.SZA.Run in late 2012, gained real traction in 2013, when she signed to Top Dawg Entertainment, which was followed up by her debut label release, Z, in early 2014. Since she put out Z though, there wasn’t much happening – label complications meant that her album wasn’t released when she wanted it, which eventually led to the artist tweeting “I actually quit. Punch can release my album if he ever feels like it” in 2016. Following this, and a switch to RCA Records in April, the album dropped in June.

Politics aside, the album is outstanding. SZA’s lyrics are open and unapologetic, expressing with astounding honesty what it’s like to be her. SZA’s voice is ear-catching, almost commanding in nature, dragging the listener’s attention away from the lush pop backings and highlighting the lyrical nuances of each song.

Speaking on the album in a recent radio interview, SZA explained why the album is titled Ctrl: “I’ve lacked control my whole life and I think I’ve craved it my whole life. I couldn’t really arrive at it and now, I’m not really looking to arrive at it anymore … But if you focus on the way you feel in the now and what you do with the now, I feel like it leads to having true control in the future.” In this way, SZA speaks on how giving up control gave her the control she wanted.

One of the most immediately impressive tracks off the album, ‘Weekend’ deals with the concept of being a girl in a relationship with a guy, knowing that there are other girls in similar relationships – “your man is my man is your man, heard he’s her man, too”. This is a topic often addressed in mainstream, male-led R&B songs, where it seems almost commonplace for a singer to have several women at the same time. With ‘Weekend’, SZA confronts the idea and flips the narrative, accepting it for what it is and regaining control over how she would be represented.

Continuing the album’s theme of regaining control is ‘Doves in the Wind’, with Kendrick Lamar. In her own words, the song is “dedicated to vaginas”, and deals with the things that men will do for sex. In calling in Kendrick Lamar for the feature, she gave herself the opportunity to show this from both a male and female perspective, which Kendrick delivers on. In an almost submissive verse where he uses the word “pussy” 20 times, Kendrick details, in the same literal vein as the rest of the album, what people will do for pussy. The result is a powerful track that helps to assert the tone of the album from as early as the third track.

One of the most innately remarkable things about the album is SZA’s openness about sexuality and her insecurities where this is concerned. Despite R&B’s reputation for being a genre for ‘sexy’ songs, this discussion is dominated by male performers, singing about the women they want to sleep with. For much of Ctrl, SZA flips this monopoly on its head, creating what is, at times, a confrontingly unfamiliar narrative. This is highlighted by tracks like ‘Pretty Little Birds’, with former labelmate Isaiah Rashad, and ‘Garden’.

SZA’s Ctrl is, at its core, an album that knows exactly what it’s trying to say. The mastering draws more attention to her voice than previous releases, and shows that it is in no way attempting to disguise the message it’s attempting to send to listeners. On every track, SZA’s voice rings through bright and clear, with not a hint of shame or apology.